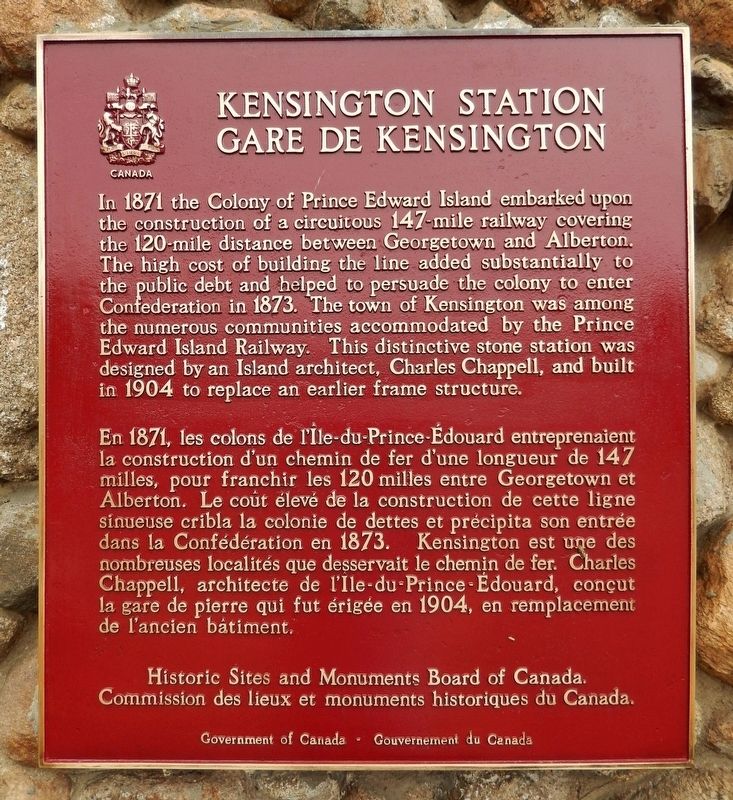 By Cosmos Mariner, July 17, 2019
1. Kensington Station / Gare de Kensington Marker
Inscription.
English: . In 1871 the Colony of Prince Edward Island embarked upon the construction of a circuitous 147-mile railway covering the 120-mile distance between Georgetown and Alberton. The high cost of building the line added substantially to the public debt and helped to persuade the colony to enter Confederation in 1873. The town of Kensington was among the numerous communities accommodated by the Prince Edward Island Railway. This distinctive stone station was designed by an Island architect, Charles Chappell, and built in 1904 to replace an earlier frame structure. . . . This historical marker was erected by Historic Sites and Monuments Board of Canada/Commission des lieux et monuments historiques du Canada. It is in Kensington in Prince County Prince Edward Island