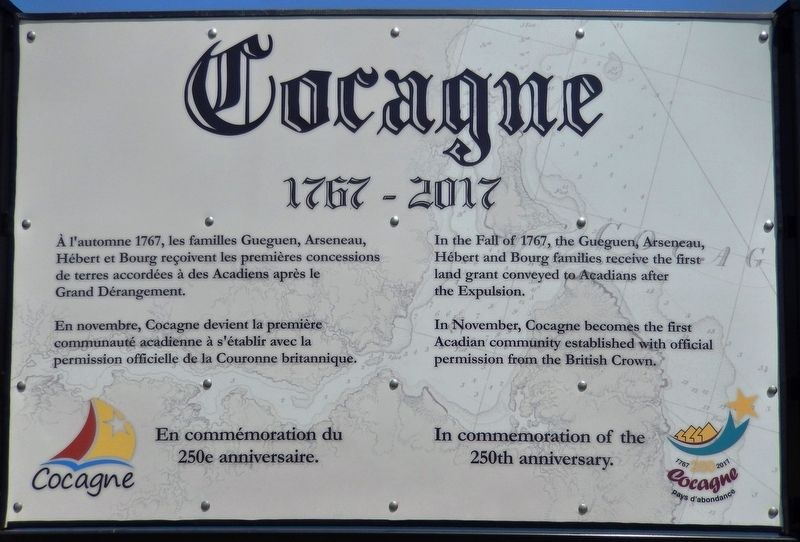 Photographed By Cosmos Mariner, July 28, 2019
1. Cocagne Marker
Inscription.
English: , In the Fall of 1767, the Gueguen, Arseneau, Hébert and Bourg families receive the first land grant conveyed to Acadians after the Expulsion., In November, Cocagne becomes the first Acadian community established with official permission from the British Crown., In commemoration of the 250th anniversary. . This historical marker was erected in 2017. It is in Cocagne in Kent County New Brunswick