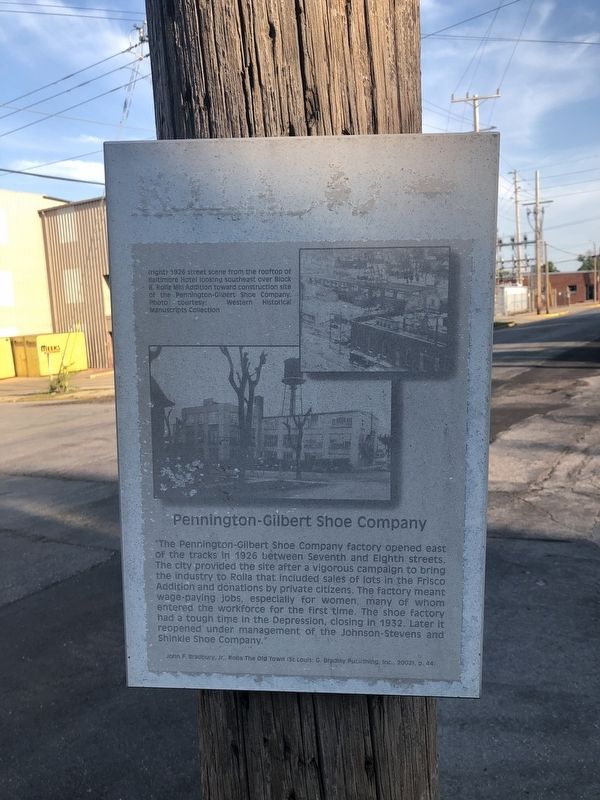 "The Pennington-Gilbert Shoe Company factory opened east of the tracks in 1926 between Seventh and Eighth streets. The city provided the site after a vigorous campaign to bring the industry to Rolla that included sales of lots in the Frisco Addition and donations by private citizens. The factory meant wage-paving jobs, especially for women, many of whom entered the workforce for the first time. The shoe factory had a tough time in the Depression, closing in 1932. Later it reopened under management of the Johnson-Stevens and Shinkle Shoe Company." 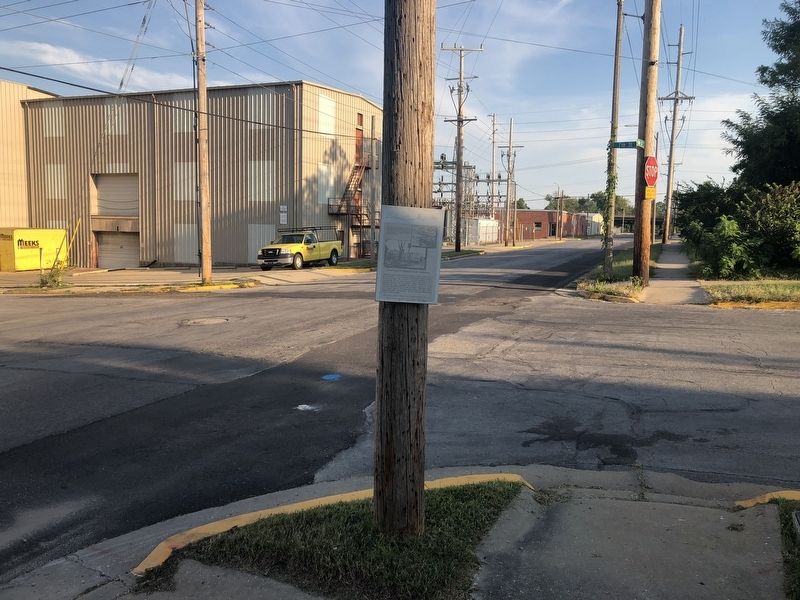