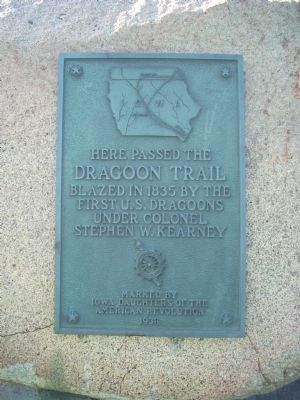 Photographed By John Desaulniers, Jr., April 28, 2010
1. Dragoon Trail Crossing Marker
Inscription.
Dragoon Trail Historical Site Marker No. 10. . Here passed the Dragoon Trail blazed in 1835 by the first U.S. Dragoons under Colonel Stephen W. Kearney. . This historical marker was erected in 1938 by Iowa Daughters of the American Revolution. It is Near Osage in Mitchell County Iowa

Topics and series. This historical marker is listed in this topic list: Exploration. In addition, it is included in the Daughters of the American Revolution (DAR) series list. A significant historical year for this entry is 1835.

Other nearby markers. At least 3 other markers are within 14 miles of this marker, measured as the crow flies. History of Spring Park (approx. 2.6 miles away); St. Ansgar Freedom Rock Veterans Memorial (approx. 7.7 miles away); Fort Severson (approx. 13.2 miles away).

More about this marker. Marker is on a large field stone. 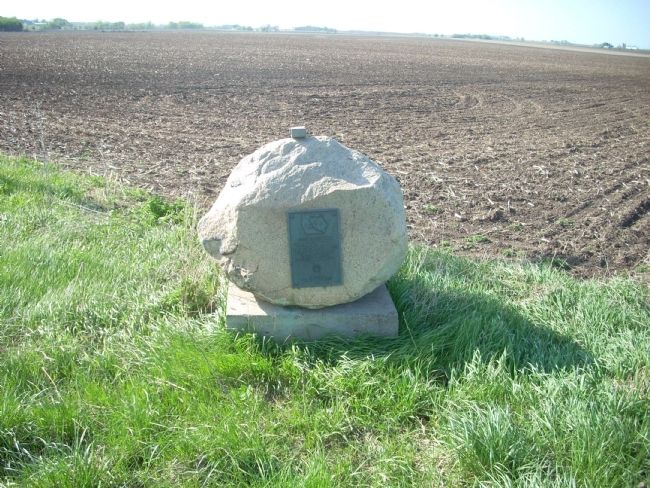