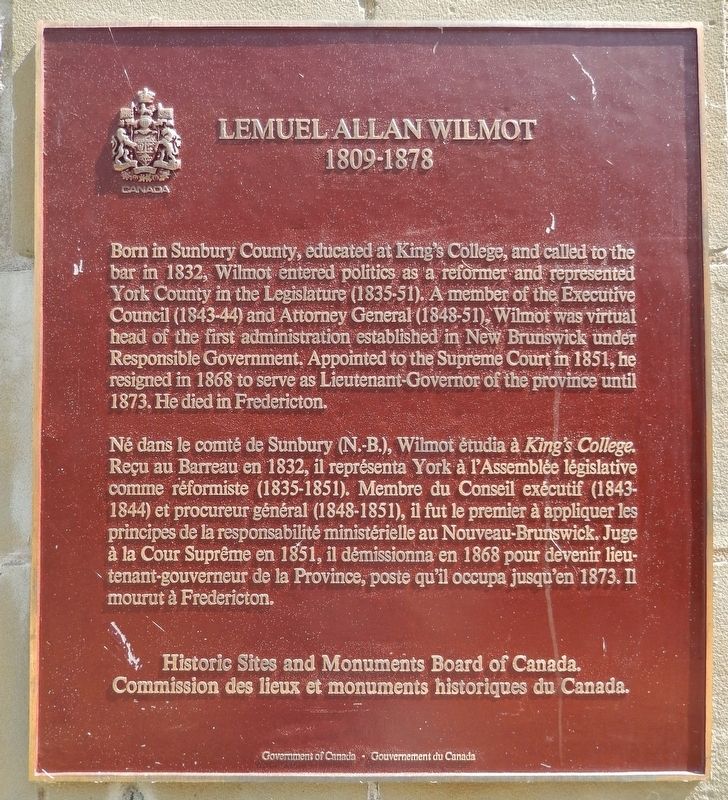 Photographed By Cosmos Mariner, July 30, 2019
1. Lemuel Allan Wilmot Marker
Inscription.
English: , Born in Sunbury County, educated at King’s College, and called to the bar in 1832, Wilmot entered politics as a reformer and represented York County in the Legislature (1835-51). A member of the Executive Council (1843-44) and Attorney General (1848-51), Wilmot was virtual head of the first administration established in New Brunswick under Responsible Government. Appointed to the Supreme Court in 1851, he resigned in 1868 to serve as Lieutenant-Governor of the province until 1873. He died in Fredericton. , . This historical marker was erected by Historic Sites and Monuments Board of Canada/Commission des lieux et monuments historiques du Canada. It is in Fredericton in York County New Brunswick