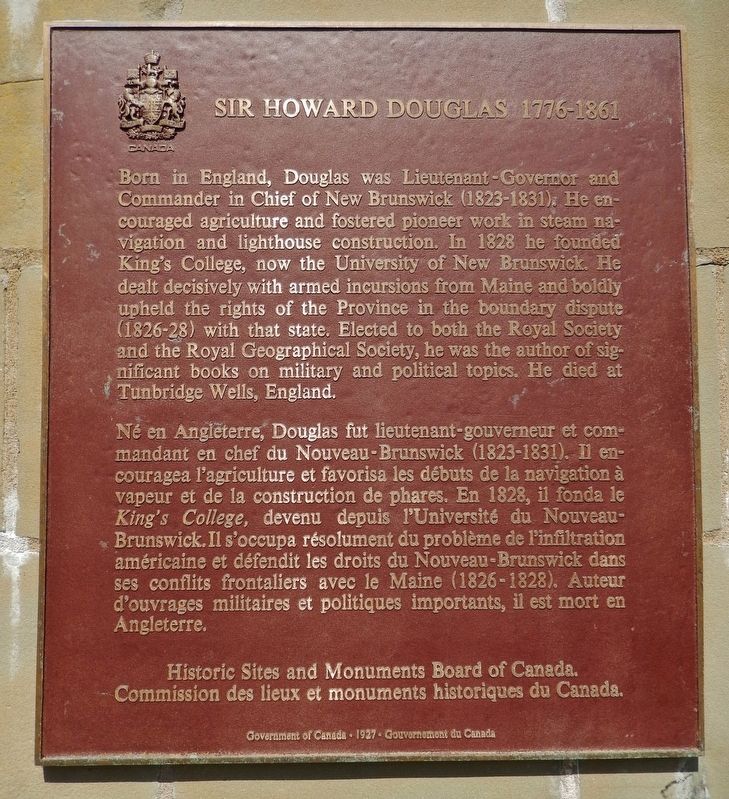 Photographed By Cosmos Mariner, July 30, 2019
1. Sir Howard Douglas Marker
Inscription.
English: , Born in England, Douglas was Lieutenant-Governor and Commander in Chief of New Brunswick (1823-1831). He encouraged agriculture and fostered pioneer work in steam navigation and lighthouse construction. In 1828 he founded King’s College, now the University of New Brunswick. He dealt decisively with armed incursions from Maine and boldly upheld the rights of the Province in the boundary dispute (1826-28) with that state. Elected to both the Royal Society and the Royal Geographical Society, he was the author of significant books on military and political topics. He died at Tunbridge Wells, England. , . This historical marker was erected in 1927 by Historic Sites and Monuments Board of Canada/Commission des lieux et monuments historiques du Canada. It is in Fredericton in York County New Brunswick