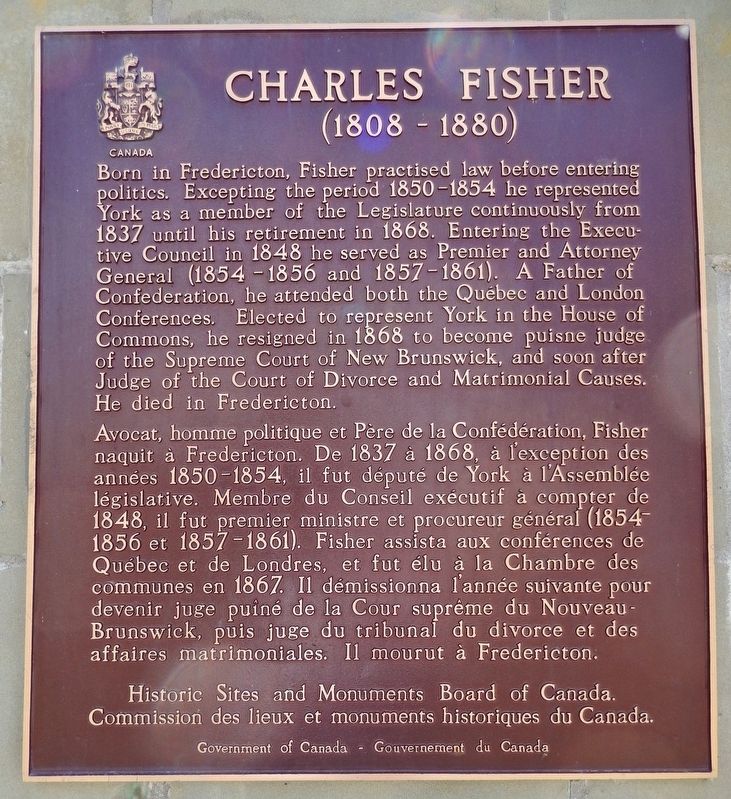 Photographed By Cosmos Mariner, July 30, 2019
1. Charles Fisher Marker
Inscription.
English: , Born in Fredericton, Fisher practised law before entering politics. Excepting the period 1850-1854 he represented York as a member of the Legislature continuously from 1837 until his retirement in 1868. Entering the Executive Council in 1848 he served as Premier and Attorney General (1854-1856 and 1857-1861). A Father of Confederation, he attended both the Québec and London Conferences. Elected to represent York in the House of Commons, he resigned in 1868 to become puisne judge of the Supreme Court of New Brunswick, and soon after Judge of the Court of Divorce and Matrimonial Causes. He died in Fredericton. , . This historical marker was erected by Historic Sites and Monuments Board of Canada/Commission des lieux et monuments historiques du Canada. It is in Fredericton in York County New Brunswick