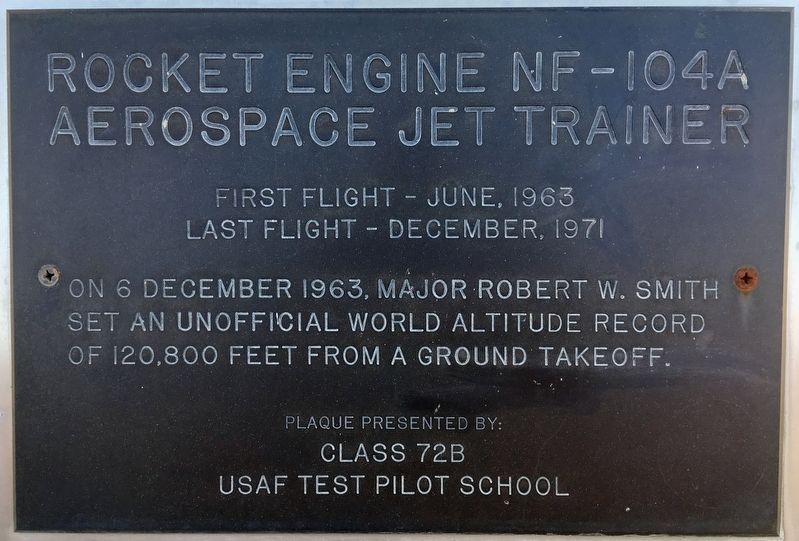 Topics. This historical marker is listed in these topic lists: Air & Space • Education. A significant historical month for this entry is June 1963.

Location. 34° 55.013′ N, 117° 54.039′ W. Marker is in Edwards AFB, California, in Kern County. Marker is on Wolfe Avenue west of Muroc Drive, on the left when traveling west. Located in front of USAF Test Pilot School. Edwards AFB is not open to the public. Touch for map. Marker is at or near this postal address: 220 Wolfe Ave, Edwards CA 93524, United States of America. Touch for directions. 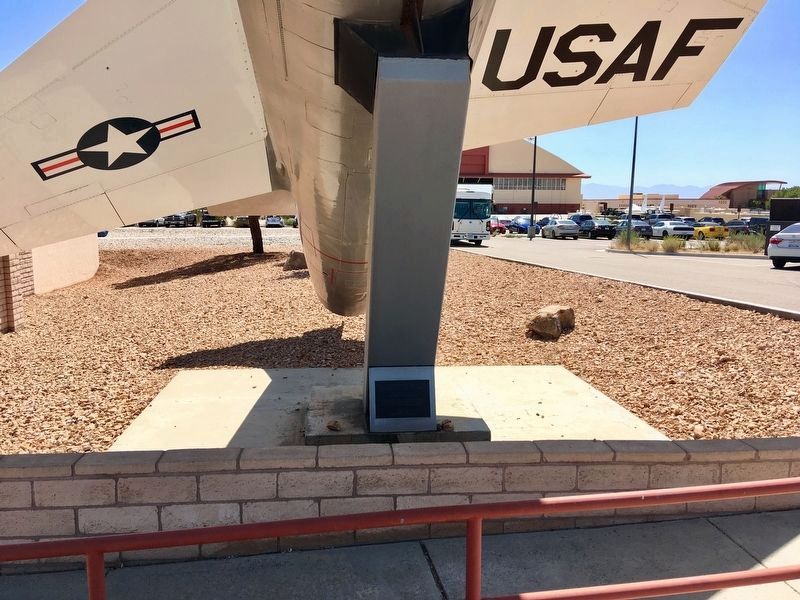 Click or scan to see
this page online
This Lockheed NF-104A was the first of three astronaut training vehicles built from existing F-104A aircraft. The modifications included the small rocket engine, and a reaction-control system for flight in the stratosphere. One of the aircraft was destroyed when it went out of control while being flown by Chuck Yeager, who was commander of the Test Pilot School. The accident was depicted in the movie and book The Right Stuff, written by Tom Wolfe. 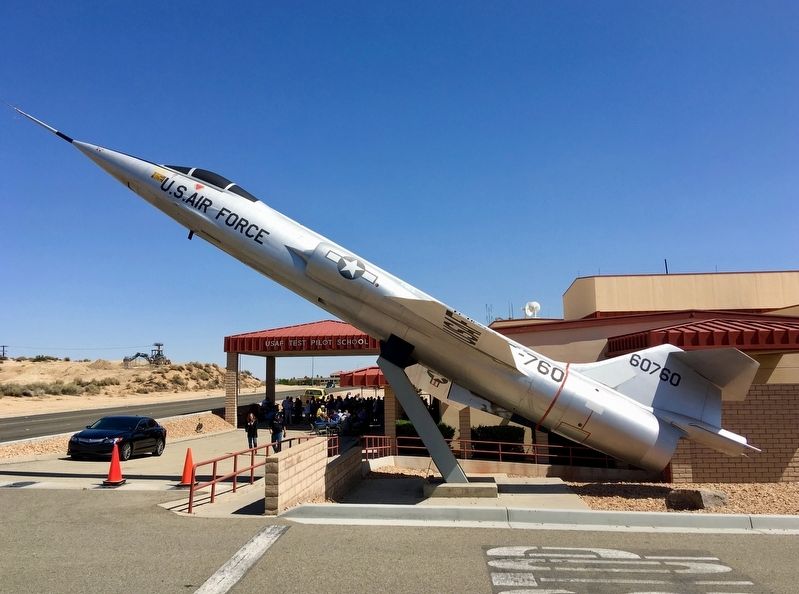 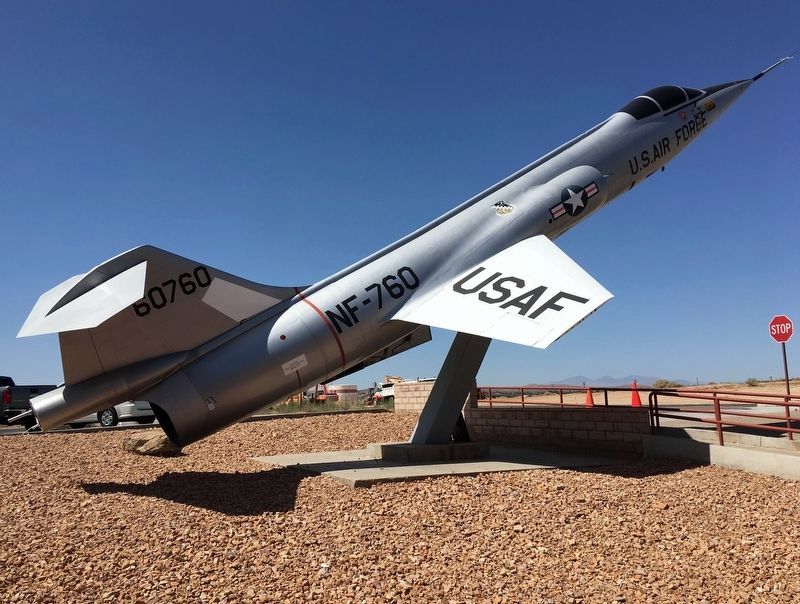 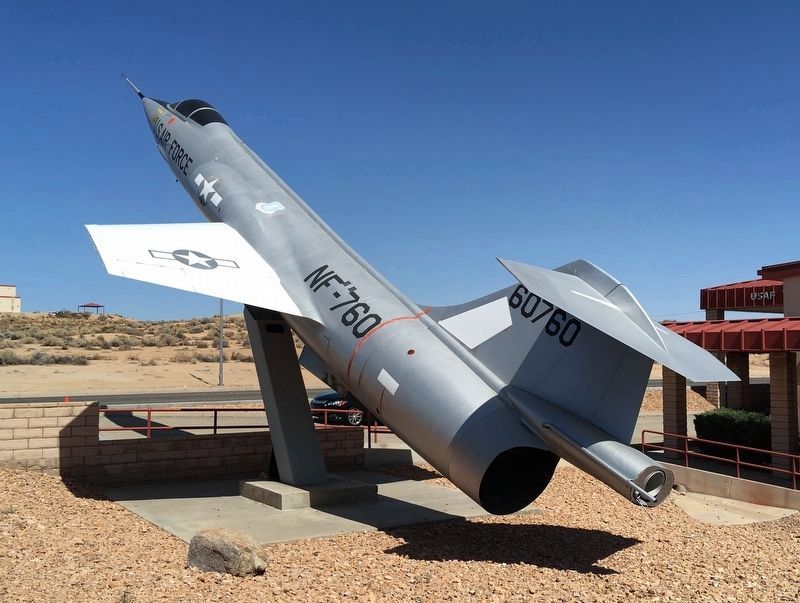