In Honor of Those Who Served Their Country 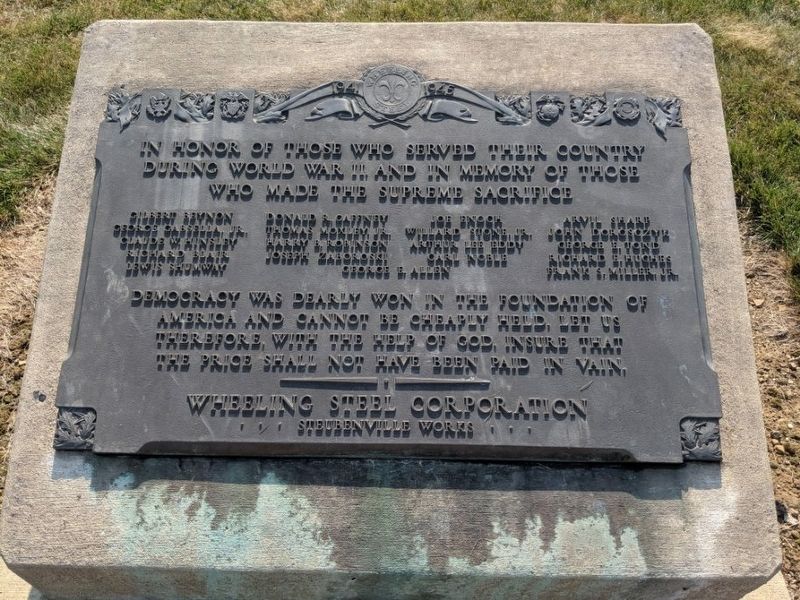 By Mike Wintermantel
1. In Honor of Those Who Served Their Country Marker
Inscription.
In Honor of Those Who Served Their Country. . During World War II and in memory of those who made the supreme sacrifice . Gilbert Beynon . George Gabsella, Jr. . Claude W. Hinsley . Richard Blair . Lewis Shumway . Donald R. Gaffney . Thomas Moxley, Jr. . Harry B. Robinson . Joseph Zaboroski . George E. Allen . Joe Enoch . Willard Stone, Jr. . Arthur Lee Eddy . Carl Noble . Arvil Sharp . John Dorosozyk . George E. Tond . Richard F. Hughes . Frank S. Miller, Jr . Democracy was dearly won in the foundation of America and cannot be cheaply held. Let us therefore, with the help of God, insure that the price shall not have been paid in vain. . This memorial was erected by Wheeling Steel Corporation - Steubenville Works. It is in Steubenville in Jefferson County Ohio 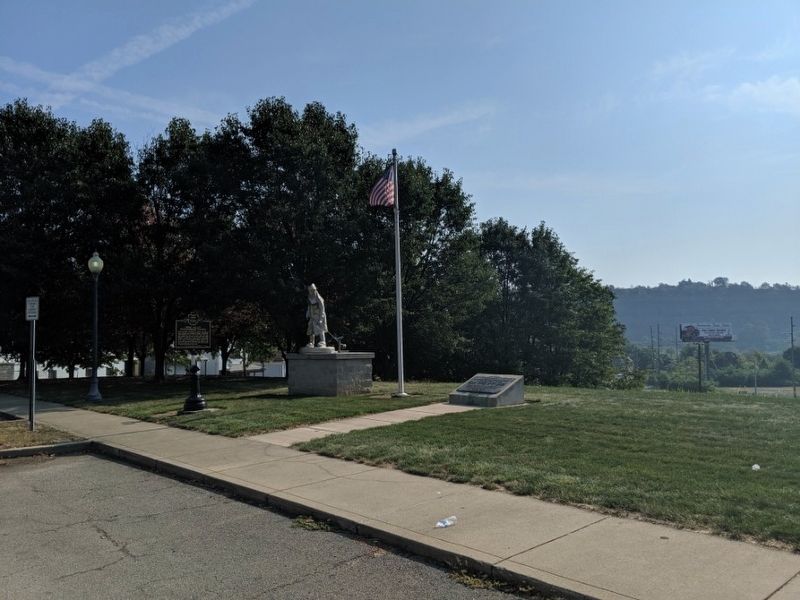