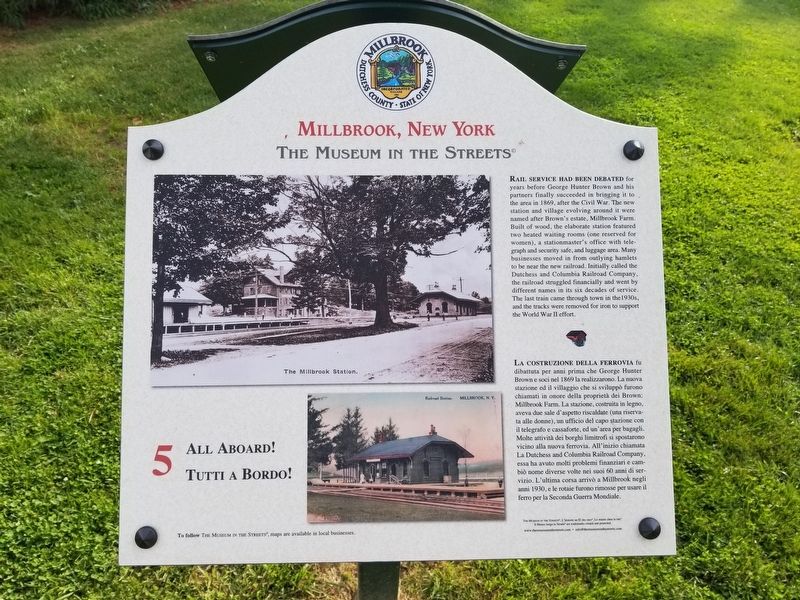 All Aboard!
Rail service had been debated for years before George Hunter Brown and his partners finally succeeded in bringing it to the area in 1869, after the Civil War. The new station and village evolving around it were named after Brown's estate, Millbrook Farm. Built of wood, the elaborate station featured two heated waiting rooms (one reserved for women), a stationmaster's office with telegraph and security safe, and luggage area. Many businesses moved in from outlying hamlets to be near the new railroad. Initially called the Dutchess and Columbia Railroad Company, the railroad struggled financially and went by different names in its six decades of service. The last train came through town in the 1930s, and the tracks were removed for iron to support the World War II effort. 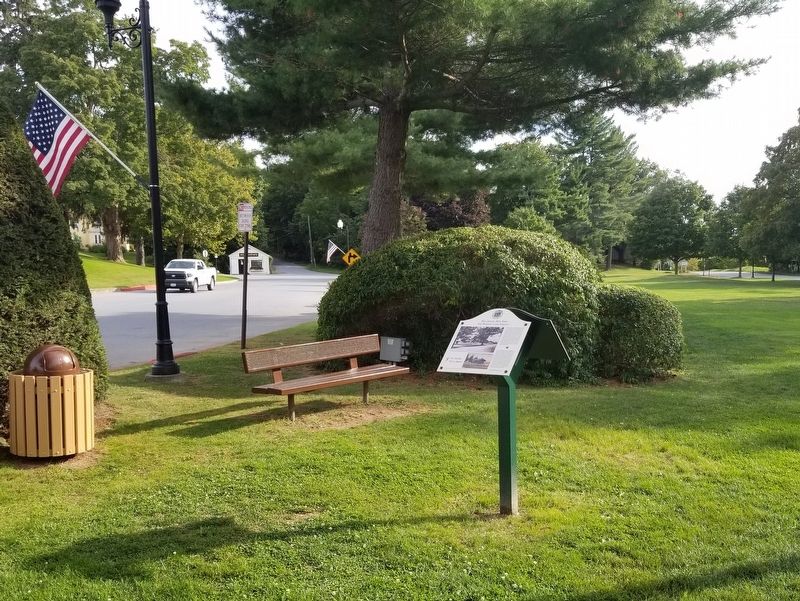 Location. 41° 47.047′ N, 73° 41.748′ W. Marker is in Millbrook, New York, in Dutchess County. Marker is at the intersection of Front Street and Washington Avenue, on the left when traveling north on Front Street. Located on the Village Green. Touch for map. Marker is in this post office area: Millbrook NY 12545, United States of America. Touch for directions. 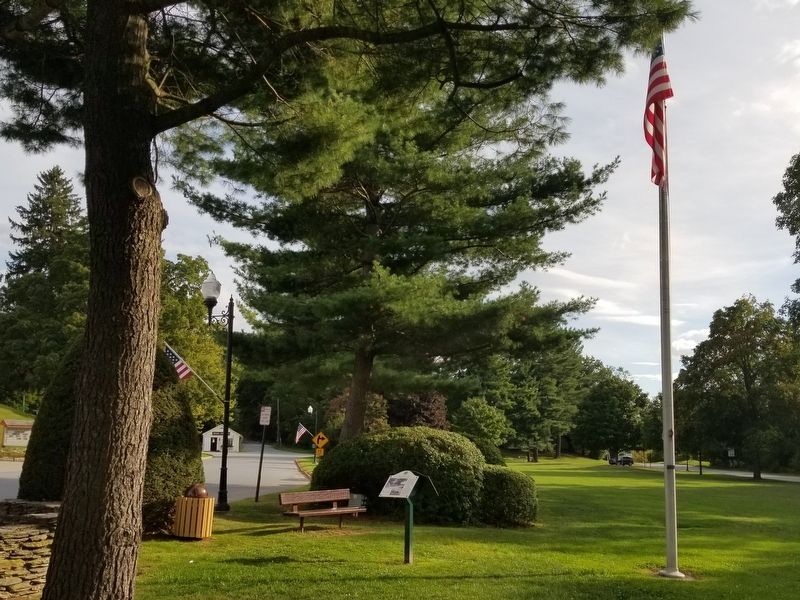 Categories. • Railroads & Streetcars •
More. Search the internet for All Aboard!.