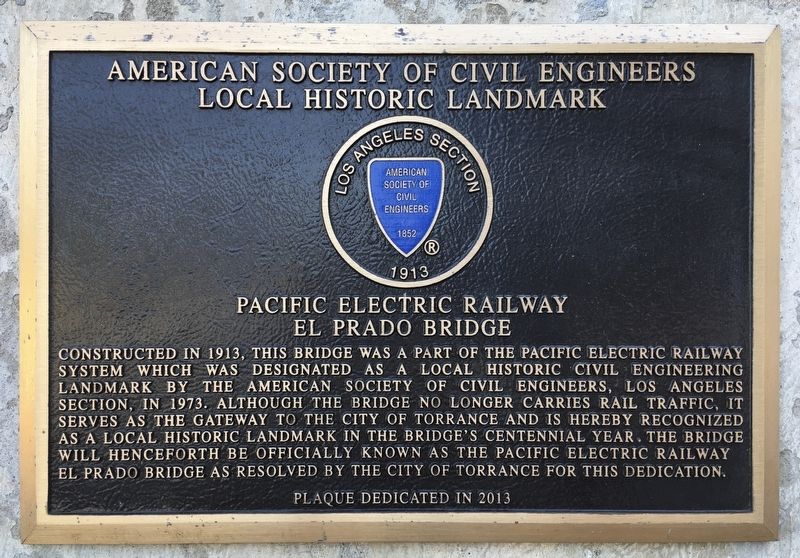 Constructed in 1913, this bridge was a part of the Pacific Electric Railway system which was designated as a Local Historic Civil Engineering Landmark by the American Society of Civil Engineers, Los Angeles section, in 1973. Although the bridge no longer carries rail traffic, it serves as the gateway to the City of Torrance and is hereby recognized as a Local Historic Landmark in the bridge's centennial year. The bridge will henceforth be officially known as the Pacific Electric Railway El Prado Bridge as resolved by the City of Torrance for this dedication.

Topics and series. This historical marker is listed in these topic lists: Architecture • Bridges & Viaducts • Railroads & Streetcars. In addition, it is included in the Historic Civil Engineering Landmarks series list. A significant historical year for this entry is 1913.

Other nearby markers. At least 8 other markers are within 5 miles of this marker, measured as the crow flies. Jared Sidney Torrance (approx. 0.4 miles away); 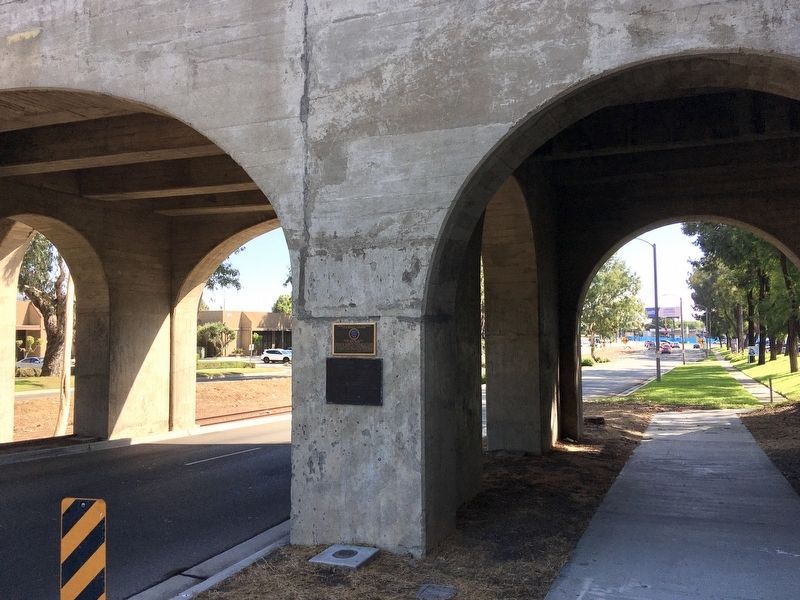 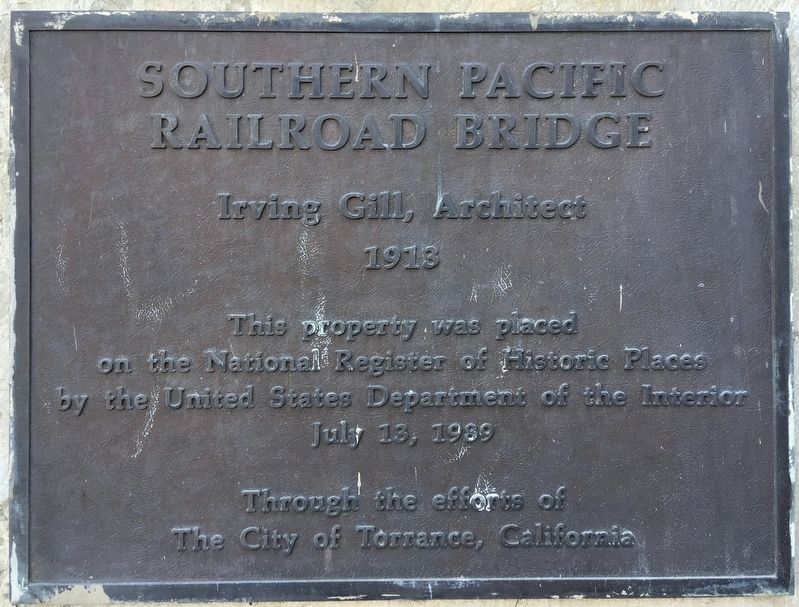 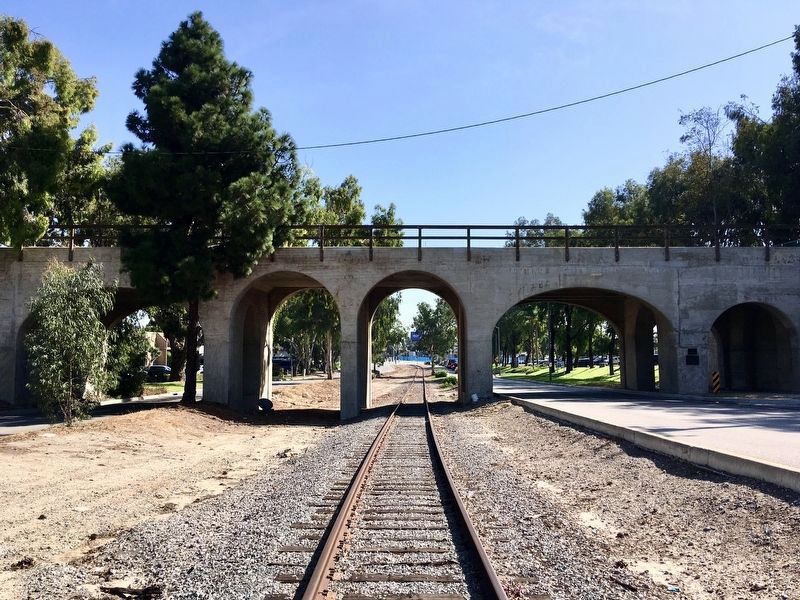 By Craig Baker, September 24, 2019
4. Pacific Electric Railway Bridge
Where there once was two sets of tracks, there is now one set used by Union Pacific for local freight. 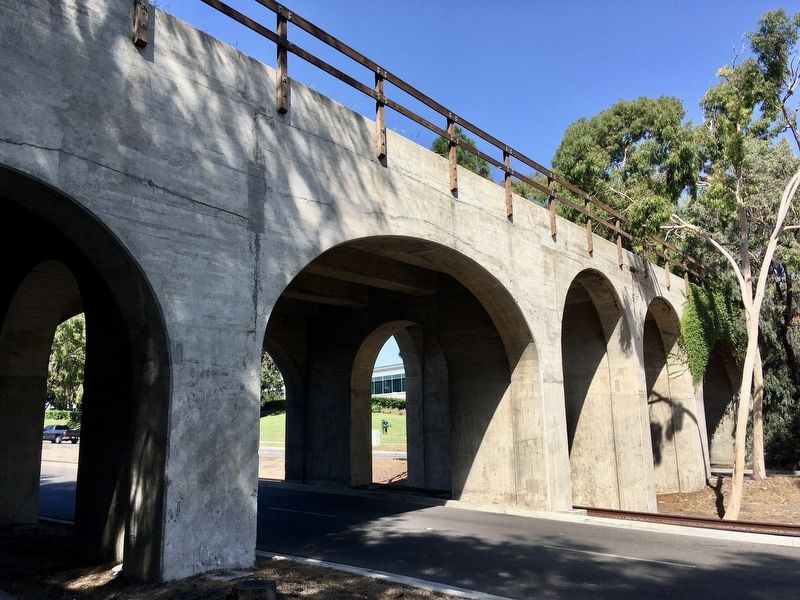 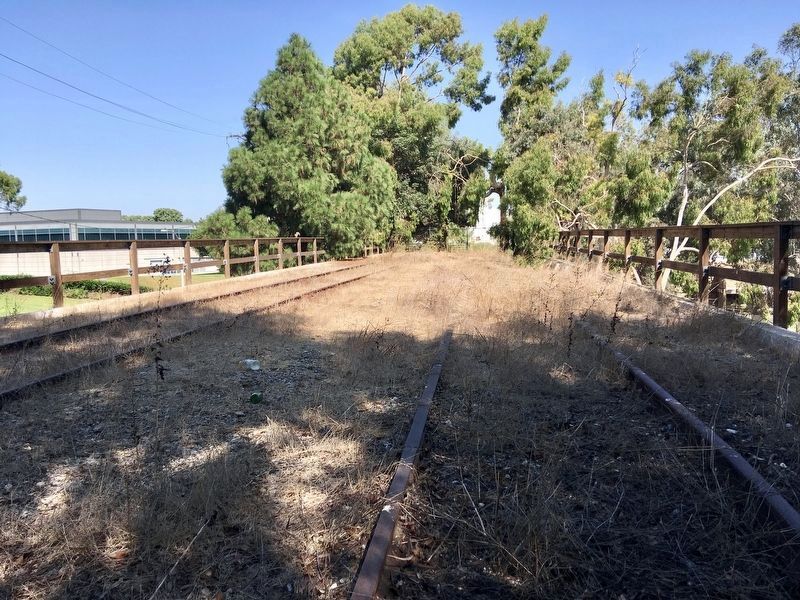 By Craig Baker, September 24, 2019
6. Abandoned Tracks on the Bridge
This is the only place Pacific Electric crossed over itself, to access a steel mill on a hill. 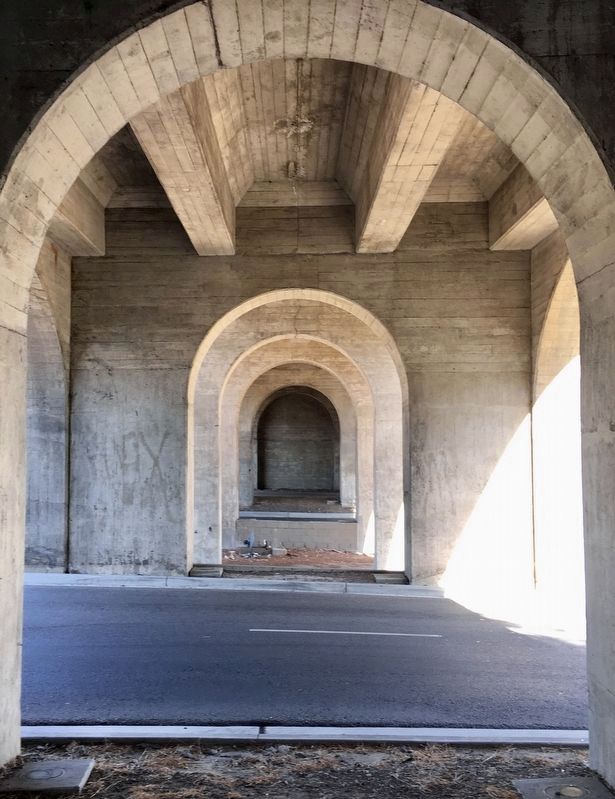 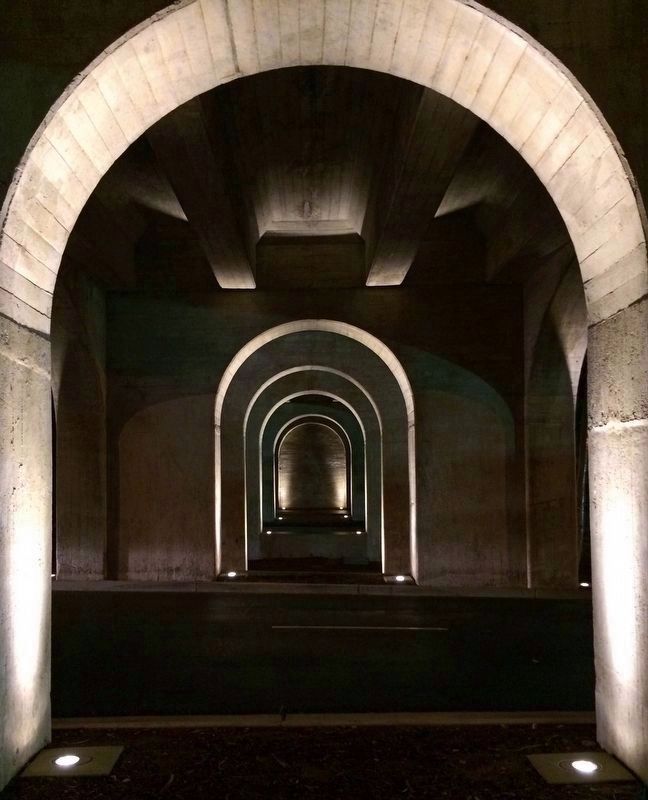