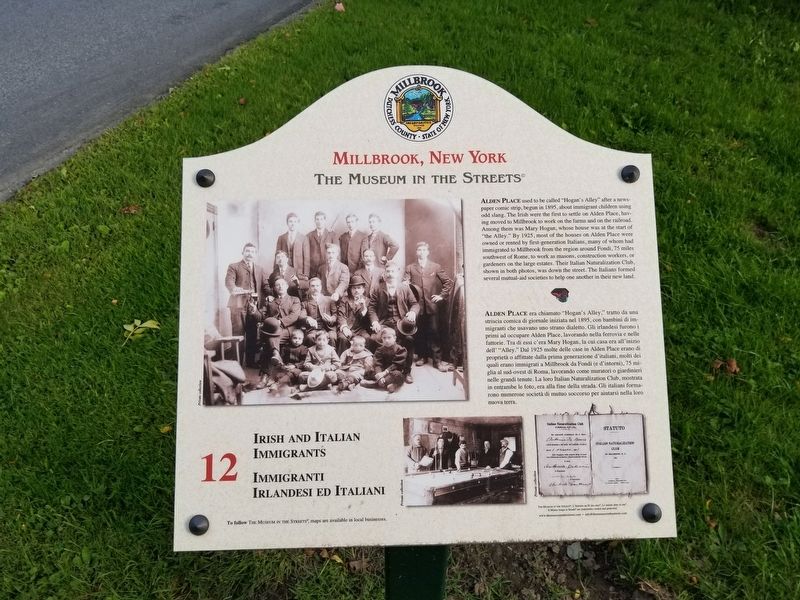 Photographed By Michael Herrick, September 8, 2019
1. Irish and Italian Immigrants Marker
Inscription.
, Irish and Italian Immigrants , Alden Place used to be called "Hogan's Alley" after a news- paper comic strip, begun in 1895, about immigrant children using odd slang. The Irish were the first to settle on Alden Place, having moved to Millbrook to work on the farms and on the railroad. Among them was Mary Hogan, whose house was at the start of "the Alley." By 1925, most of the houses on Alden Place were owned or rented by first-generation Italians, many of whom had immigrated to Millbrook from the region around Fondi, 75 miles southwest of Rome, to work as masons, construction workers, or gardeners on the large estates. Their Italian Naturalization Club, shown in both photos, was down the street. The Italians formed several mutual-aid societies to help one another in their new land. , , . This historical marker was erected in 2014 by The Museum in the Streets®. It is in Millbrook in Dutchess County New York