A Wing and a Prayer / La Chiesa delle Grazie 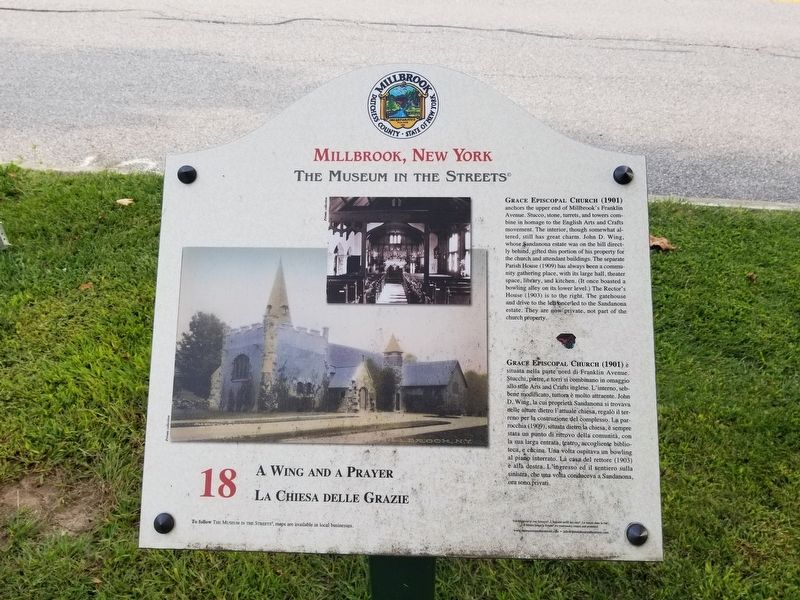 Photographed By Michael Herrick, September 8, 2019
1. A Wing and a Prayer Marker
Inscription.
, A Wing and a Prayer , Grace Episcopal Church (1901) anchors the upper end of Millbrook's Franklin Avenue. Stucco, stone, turrets, and towers combine in homage to the English Arts and Crafts movement. The interior, though somewhat altered, still has great charm. John D. Wing, whose Sandanona estate was on the hill directly behind, gifted this portion of his property for the church and attendant buildings. The separate Parish House (1909) has always been a commu- nity gathering place, with its large hall, theater space, library, and kitchen. (It once boasted a bowling alley on its lower level.) The Rector's House (1903) is to the right. The gatehouse and drive to the left once led to the Sandanona estate. They are now private, not part of the church property. , , . This historical marker was erected in 2014 by The Museum in the Streets®. It is in Millbrook in Dutchess County New York