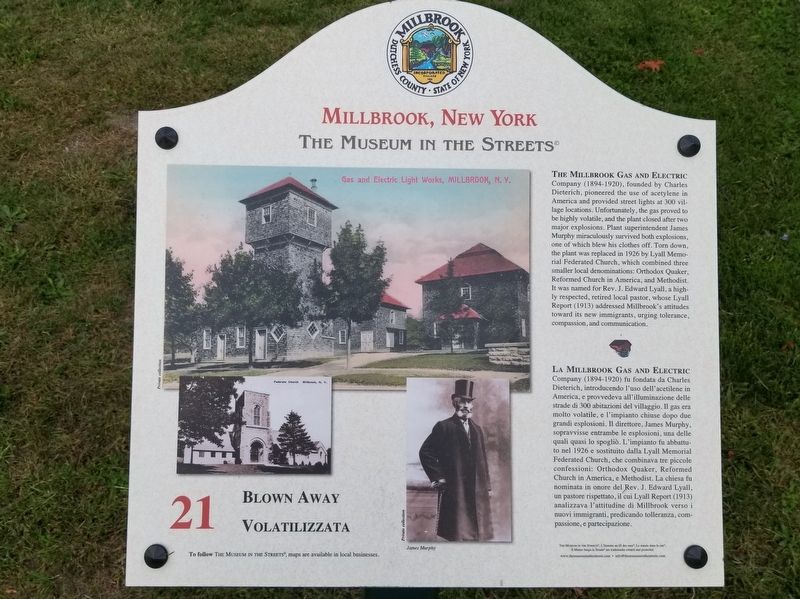 Blown Away
The Millbrook Gas and Electric Company (1894-1920), founded by Charles Dieterich, pioneered the use of acetylene in America and provided street lights at 300 village locations. Unfortunately, the gas proved to be highly volatile, and the plant closed after two major explosions. Plant superintendent James Murphy miraculously survived both explosions, one of which blew his clothes off. Torn down, the plant was replaced in 1926 by Lyall Memorial Federated Church, which combined three smaller local denominations: Orthodox Quaker Reformed Church in America, and Methodist. It was named for Rev. J. Edward Lyall, a highly respected, retired local pastor, whose Lyall Report (1913) addressed Millbrook's attitudes toward its new immigrants, urging tolerance, compassion, and communication. 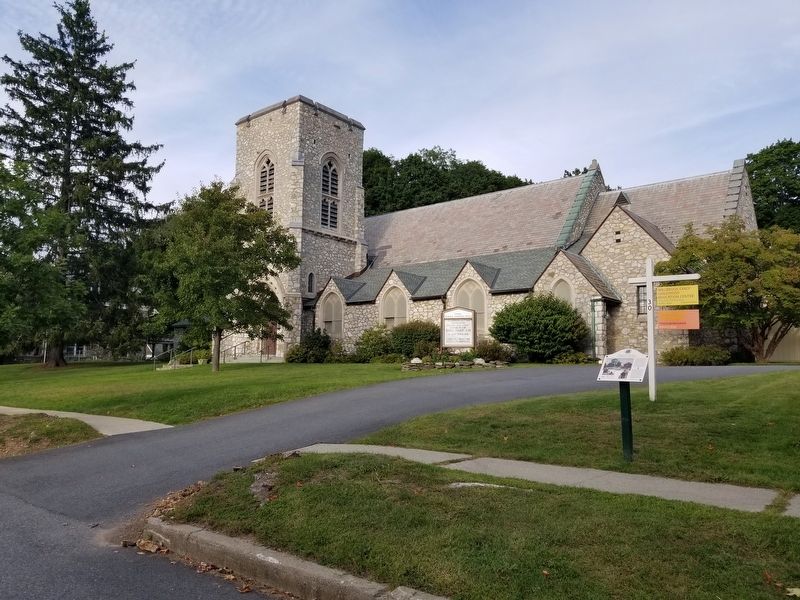 Location. 41° 47.191′ N, 73° 41.425′ W. Marker is in Millbrook, New York, in Dutchess County. Marker is at the intersection of Maple Avenue and Merrit Avenue, on the right when traveling north on Maple Avenue. Touch for map. Marker is in this post office area: Millbrook NY 12545, United States of America. Touch for directions.