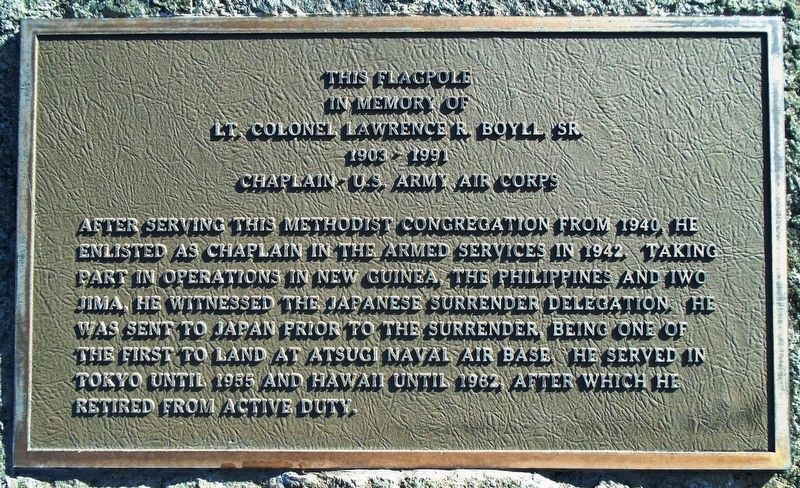 After serving this Methodist congregation from 1940, he enlisted as Chaplain in the Armed Services in 1942. Taking part in operations in New Guinea, the Philippines and Iwo Jima, he witnessed the Japanese surrender delegation. He was sent to Japan prior to the surrender, being one of the first to land at Atsugi Naval Air Base. He served in Tokyo until 1955 and Hawaii until 1962, after which he retired from active duty.. . This historical marker was erected by Hamptons United Methodist Church. It is in Southampton in Suffolk County New York