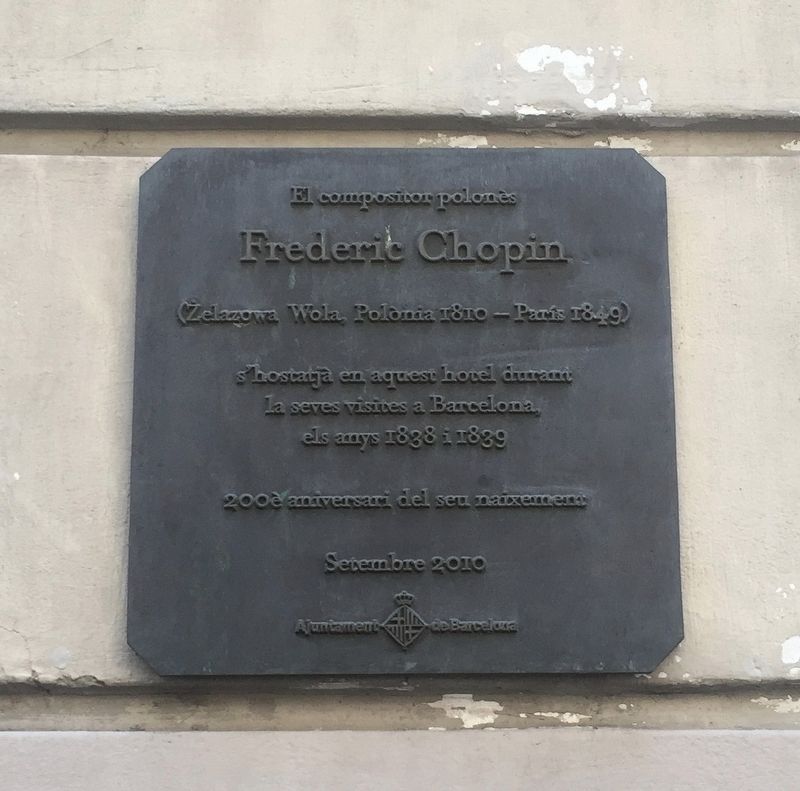 On the 200th anniversary of his birth . This historical marker was erected in 2010 by Ajuntament de Barcelona. It is in Barcelona in Barcelonès Catalonia Spain