Church of the Presidents 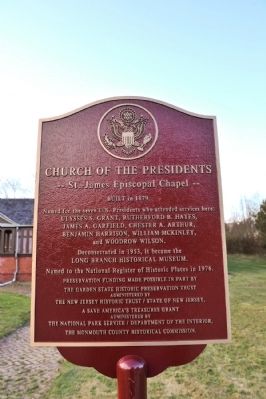 By R. C.
1. Church of the Presidents Marker
Inscription.
Church of the Presidents. St. James Episcopal Church. . Built in 1879. . . Named for the seven U.S. Presidents who attended services here: Ulysses S. Grant, Rutherford B. Hayes, James A. Garfield, Chester A. Arthur, Benjamin Harrison, William McKinley, and Woodrow Wilson. . . Deconsecrated in 1953, it became the Long Branch Historical Museum. Named to the National Register of Historic Places in 1976. . . Preservation funding made possible in part by The Garden State Historic Preservation Trust administered by The New Jersey Historic Trust / State of New Jersey, A Save America's Treasures grant administered by The National Park Service / Department of the Interior, The Monmouth County Historical Commission. . This historical marker was erected in 2008. It is in Long Branch in Monmouth County New Jersey

Deconsecrated in 1953, it became the Long Branch Historical Museum. Named to the National Register of Historic Places in 1976.

Other nearby markers. At least 8 other markers are within 2 miles of this marker, measured as the crow flies. James A. Garfield (approx. 0.2 miles away); 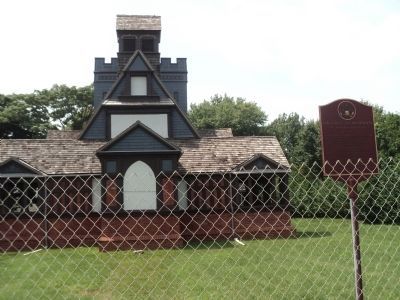 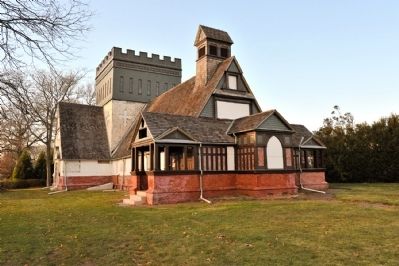