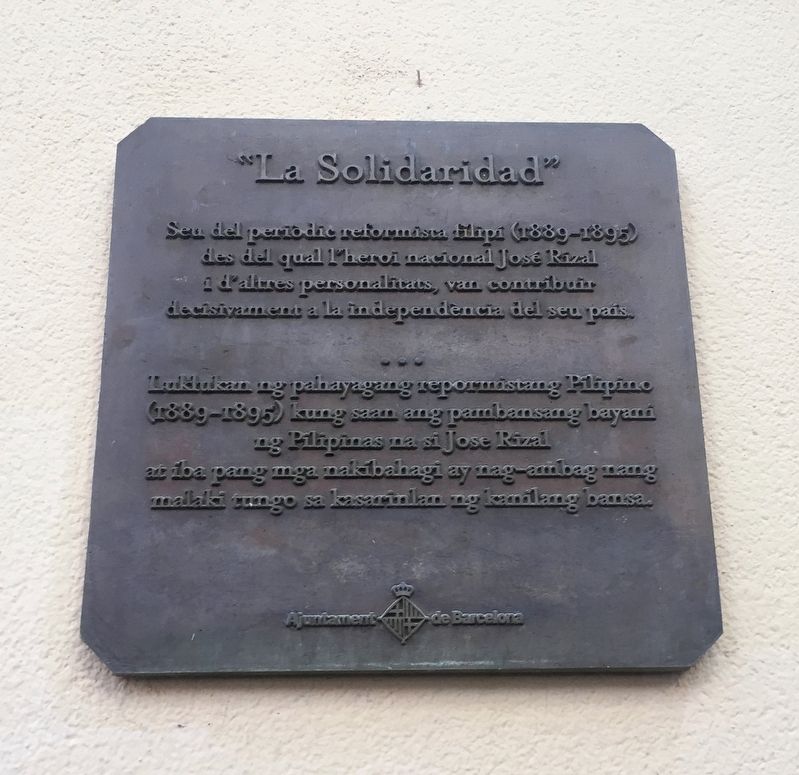 Headquarters of the Philippine reformist newspaper (1889-1895), where the national hero, Jose Rizal, and other personalities contributed decisively to the independence his country. . This historical marker was erected by Ajuntament de Barcelona. It is in Barcelona in Barcelonès Catalonia Spain

Headquarters of the Philippine reformist newspaper (1889-1895), where the national hero, Jose Rizal, and other personalities contributed decisively to the independence his country. 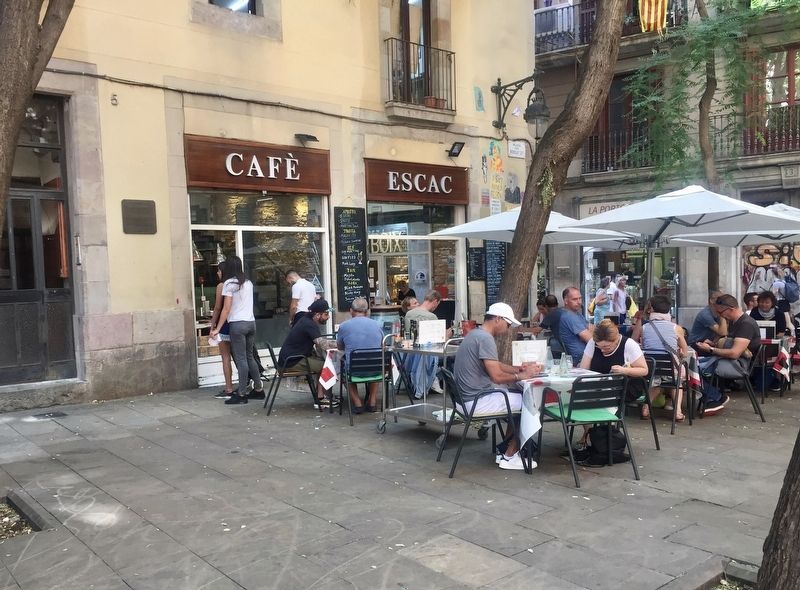 Also see . . .  La solidaridad (Wikipedia). "La Solidaridad (The Solidarity) was an organization created in Spain on December 13, 1888. Composed of Filipino liberals exiled in 1872 and students attending Europe's universities, the organization aimed to increase Spanish awareness of the needs of its colony, the Philippines, and to propagate a closer relationship between the Philippines and Spain.... Headed by José Rizal's cousin, Galicano Apacible, it also issued a newspaper of the same name which was published in Barcelona, Spain on February 15, 1889. It was edited by Graciano López Jaena and later on by Marcelo H. del Pilar. The social, cultural, and economic conditions of the colonial Philippines was published in La Solidaridad. Speeches of the Spanish liberals about the Philippines was also featured in the newspaper." (Submitted on October 5, 2019.)