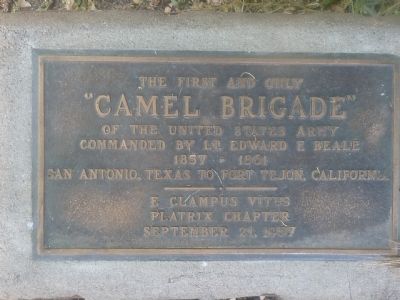 Topics and series. This historical marker is listed in these topic lists: Animals • Military. In addition, it is included in the E Clampus Vitus series list. 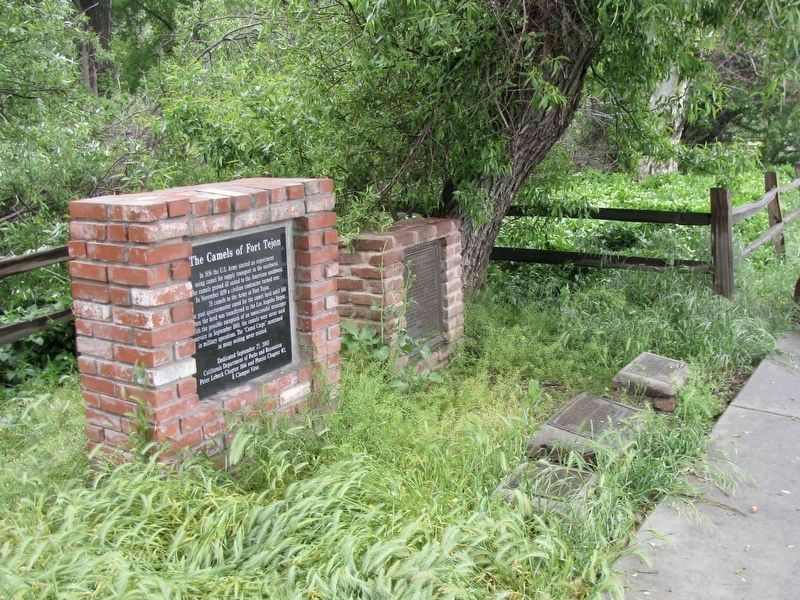 By Denise Boose, March 14, 2021
2. Camel Brigade Marker
The marker lays flat next to the sidewalk, at far right.

Click or scan to see
this page online
in a direct line); Don Pedro Fages (approx. 3.2 miles away); El Camino Viejo (approx. 4.8 miles away); Rose Station (approx. 5.1 miles away). Touch for a list and map of all markers in Lebec.

More about this marker. This marker is one of several noting Lieutenant Edward Beale, his Great Western Military Camel Experiment, and Peter Lebeck, a pioneer of whom only conjecture can speak.

Related markers. Click here for a list of markers that are related to this marker. The historic camels in the American west. 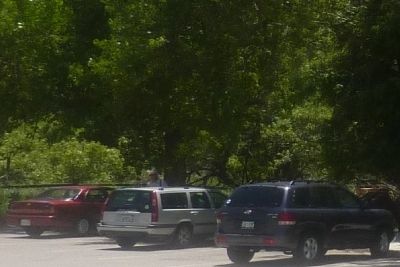 By Thomas Chris English, June 18, 2010
3. Camel Brigade Marker
Marker could be seen in the distance if there were no cars in the way. 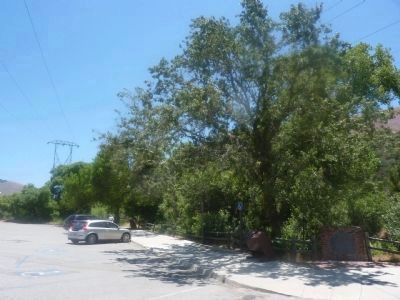 By Thomas Chris English, June 18, 2010
4. Near the Camel Brigade Marker
From the California Historical Landmark in the foreground, stretch at least five more historic markers regarding E.F. Beale, Beale's (U.S. Army) camel adventure, and Peter Lebeck. The Fort Tejon area is a beautiful example of a mid-elevation streamside (riparian) area that recovered from decades of hammering (unimaginable in the 21st century) by cattle, horses, sheep, and...camels. The giant valley oaks on the premises are beautiful trees, centuries old. 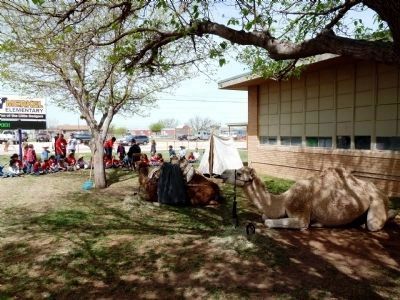 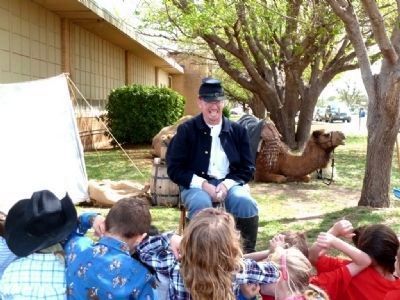