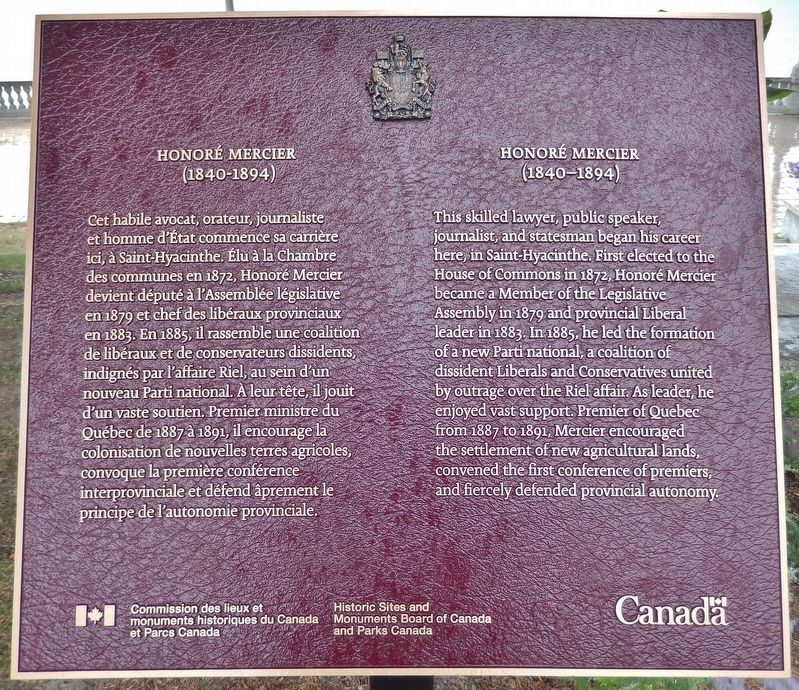 By Cosmos Mariner, August 7, 2019
1. Honoré Mercier Marker
Inscription.
English: . This skilled lawyer, public speaker, journalist, and statesman began his career here, in Saint-Hyacinthe. First elected to the House of Commons in 1872, Honoré Mercier became a member of the Legislative Assembly in 1879 and provincial Liberal leader in 1883. In 1885, he led the formation of a new Parti national, a coalition of dissident Liberals and Conservatives united by outrage over the Riel affair. As leader, he enjoyed vast support. Premier of Quebec from 1887 to 1891, Mercier encouraged the settlement of new agricultural lands, convened the first conference of premiers, and fiercely defended provincial autonomy. . This historical marker was erected by Historic Sites and Monuments Board of Canada and Parks Canada/Commission des lieux et monuments historiques du Canada et Parcs Canada. It is in Saint-Hyacinthe in Les Maskoutains MRC Quebec