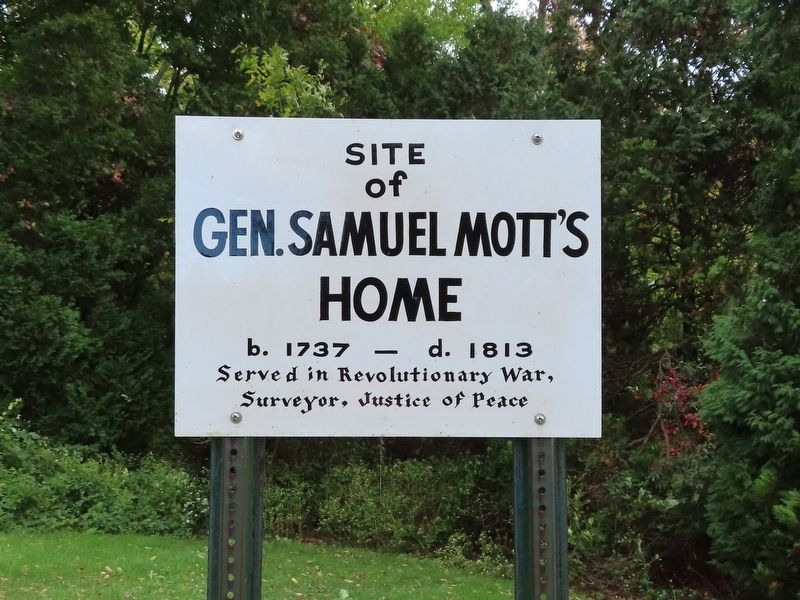 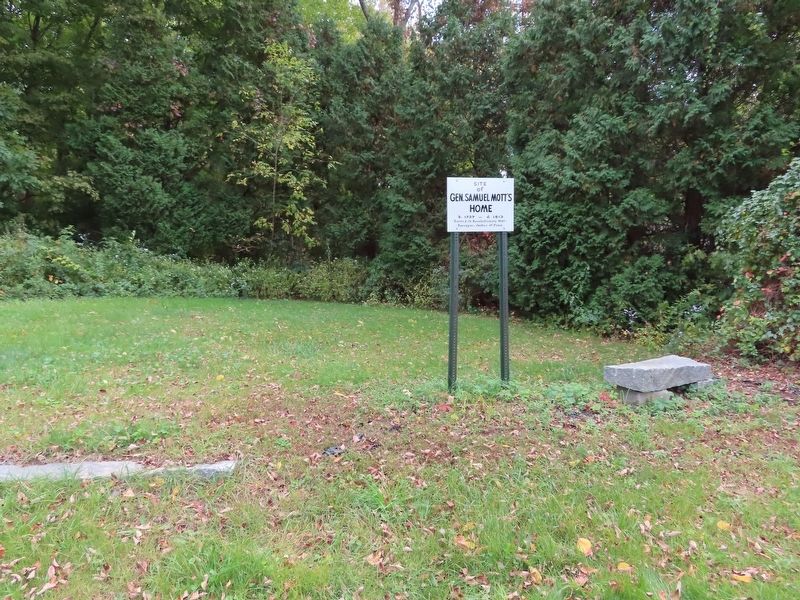 By Michael Herrick, October 4, 2019
2. Gen. Samuel Mott’s Home Marker
in April 1775 by the Connecticut legislature as engineer with rank of Lieut. Colonel “to repair forthwith to Ticonderoga and Crown Point,” there serving under Generals Schuyler and Montgomery. Present as chief engineer at the siege of St. Johns, Canada in October 1775. In February 1776 returned to Connecticut. He was appointed to examine the defenses of New London and Groton. Appointed colonel of state troops in 1776. He is buried in Preston City Cemetery.