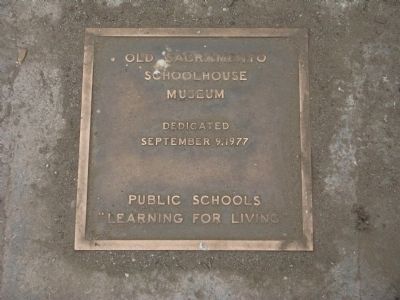 Topics. This historical marker is listed in these topic lists: Education • Notable Buildings • Settlements & Settlers. A significant historical date for this entry is September 9, 1850. 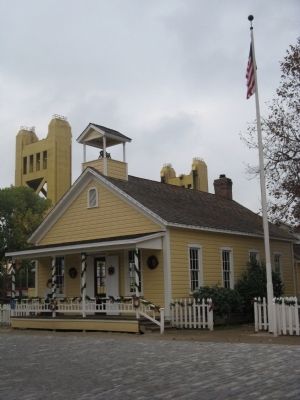 Additional commentary.
1. A Visit to the Old Sacramento Schoolhouse
A visit to the Old Schoolhouse Museum will give you a real and lasting impression of what school in California was like more than 100 years ago. As you sit at a desk and observe the materials used in the 1800s, you will be able to develop an appreciation of the daily activities of boys and girls of long ago.

A formal education was not available to all boys and girls prior to the Public Schools Law of 1849, Before our state public school system was established, parents in a community assumed the responsibility of providing for the education of their children. The first public school in Sacramento City opened February 20, 1854.

A typical early school was a one-room building heated by a pot-bellied stove. The school term was short, only a few months. All students were taught by one teacher, and the students sometimes ranged from first to eighth 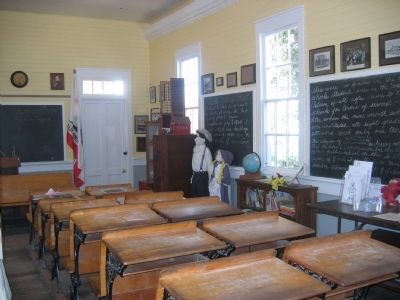 Photographed By Syd Whittle, September 12, 2007
3. Old Sacramento Schoolhouse Museum
grade. The students were not arranged according to grade; however, they “went through their books” and progressed in that way from year to year. A student might use one book repeatedly until he had mastered the contents, while in another book on a different subject, he might be on a higher level.

Supplies and materials were limited, and the students paid for their own. Students also provided their own entertainment in the way of games and activities.

Some children walked to school, but generally not more than two miles away. The older boys were responsible for building the fires in the stove, while the fathers contracted to furnish wood. The boys were allowed time during the school day to bring in wood and to split kindling.
— Submitted December 4, 2008, by Syd Whittle of Mesa, Arizona. 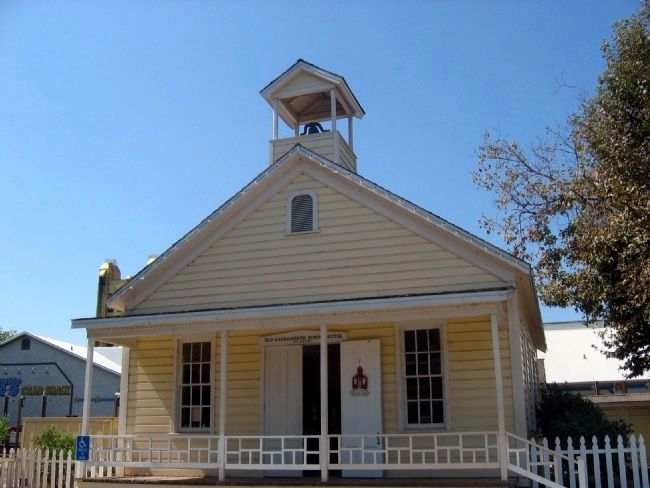 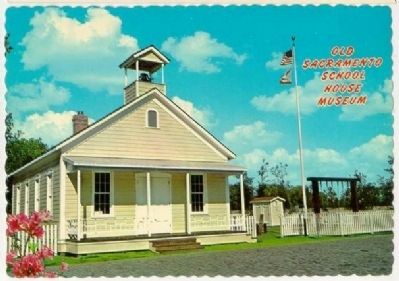