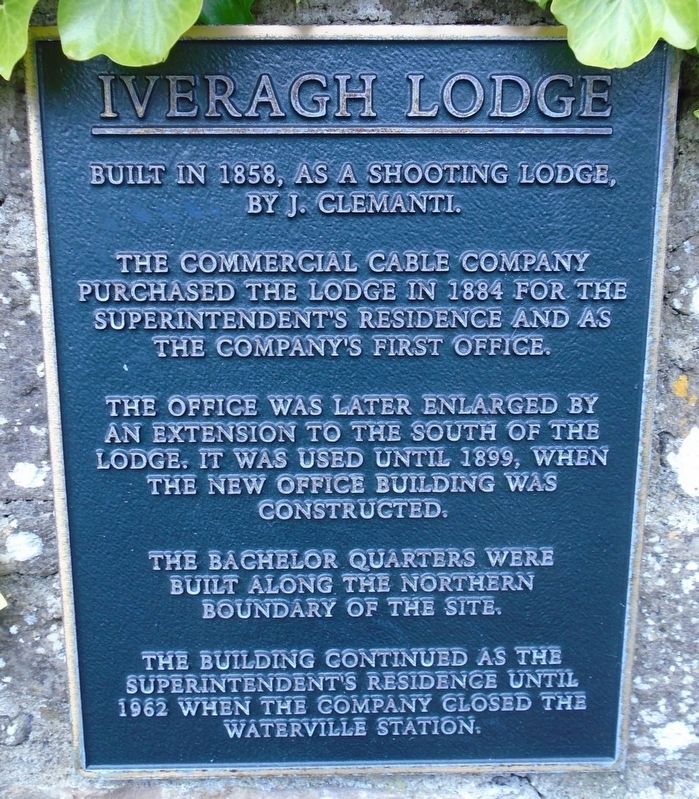 The Commercial Cable Company purchased the lodge in 1884 for the superintendent's residence and as the company's first office.

The office was later enlarged by an extension to the south of the lodge. It was used until 1899, when the New Office Building was constructed.

The Bachelor Quarters were built along the northern boundary of the site.

The building continued as the superintendent's residence until 1962 when the company closed the Waterville Station.. . This historical marker is in Waterville in County Kerry Munster Ireland