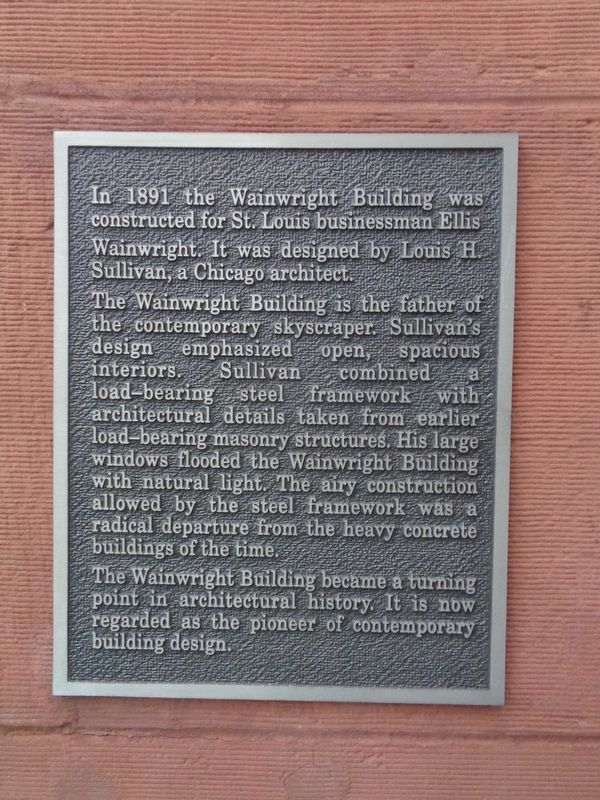 In 1891 the Wainwright Building was constructed for St. Louis businessman Ellis Wainwright. It was designed by Louis H. Sullivan, a Chicago architect.

The Wainwright Building is the father of the contemporary skyscraper. Sullivan's design emphasized open, spacious interiors. Sullivan combined a load-bearing steel framework with architectural details taken from earlier load-bearing masonry structures. His large windows flooded the Wainwright Building with natural light. The airy construction allowed by the steel framework was a radical departure from the heavy concrete buildings at the time.

The Wainwright Building became a turning point in architectural history. It is now regarded as the pioneer of contemporary building design. 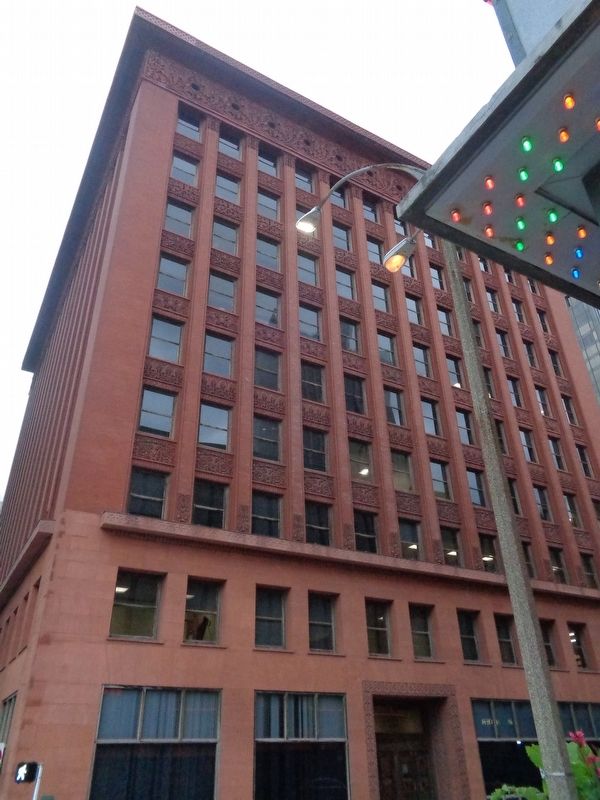 Marker can not be seen while traveling on Chestnut Street because it is a one-way street that goes east.