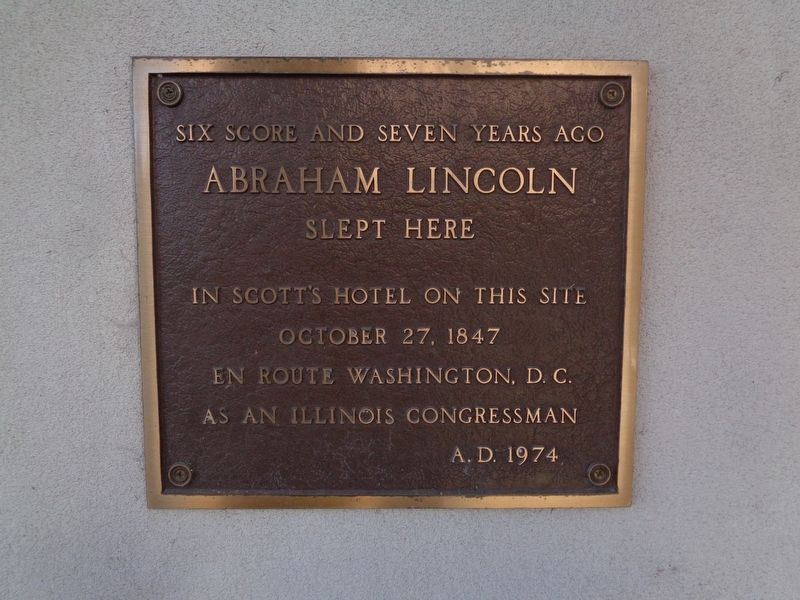 In Scott's Hotel on this site
October 27, 1847
En route Washington, D.C.
as an Illinois Congressman

Topics and series. This historical marker is listed in this topic list: Government & Politics. In addition, it is included in the Former U.S. Presidents: #16 Abraham Lincoln series list. A significant historical date for this entry is October 27, 1847.

Location. 38° 37.499′ N, 90° 11.291′ W. Marker is in St. Louis, Missouri. Marker is on Market Street, on the left when traveling west. Marker is mounted at eye-level, directly on the Gateway Tower building at this address, facing the Luther Ely Smith Park. Touch for map. Marker is at or near this postal address: 1 Memorial Drive, Saint Louis MO 63102, United States of America. Touch for directions. 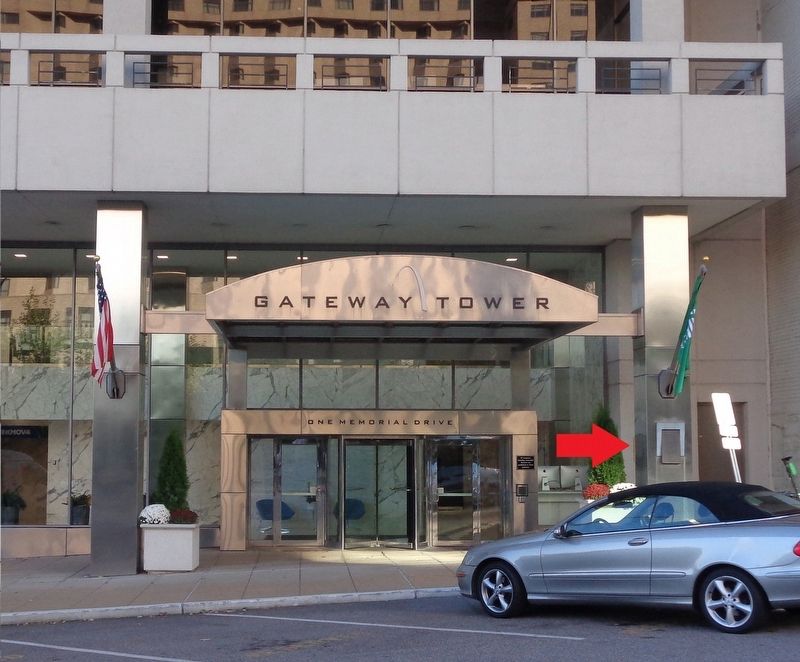 Photographed By Jason Voigt, October 22, 2019
2. Abraham Lincoln Slept Here Marker
Marker is to the right of the main entrance, but it is hidden behind the wall that has the KMOX marker. The red arrow shows where it is.