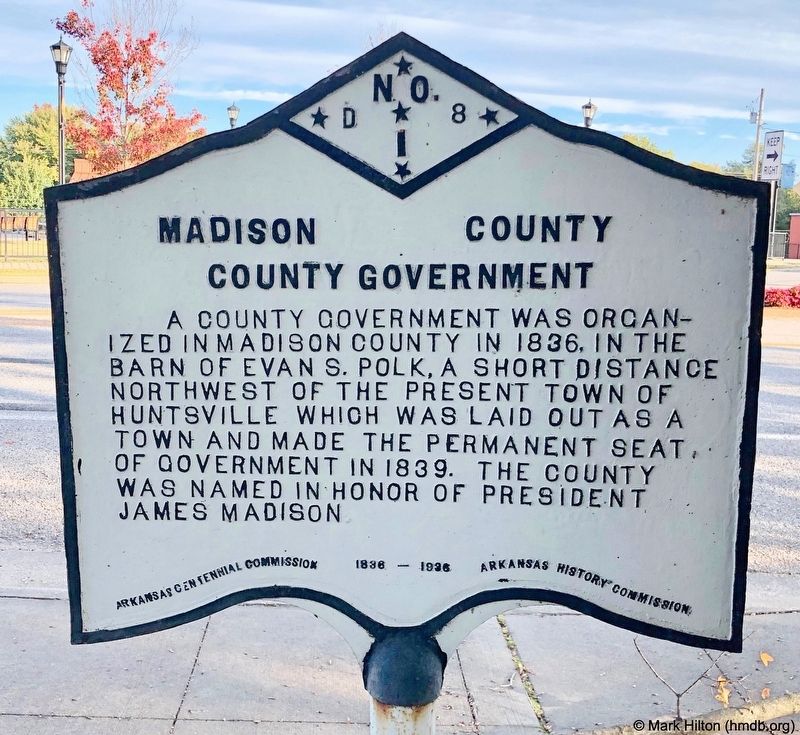 A county government was organized in Madison County in 1836, in the barn of Evan S. Polk, a short distance northwest of the present town of Huntsville which was laid out as a town and made the permanent seat, of government in 1839. The county was named in honor of President James Madison. 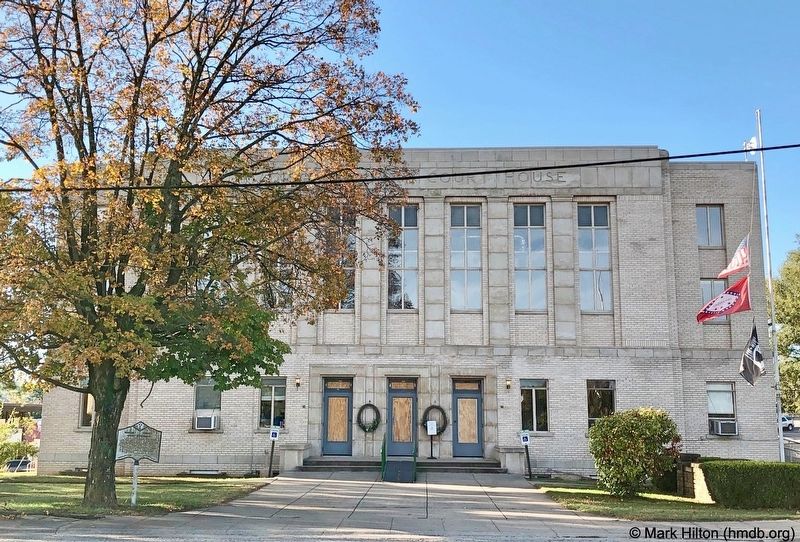 By Mark Hilton, October 23, 2019
2. Madison County Marker at the County Courthouse.
Huntsville Massacre (within shouting distance of this marker). 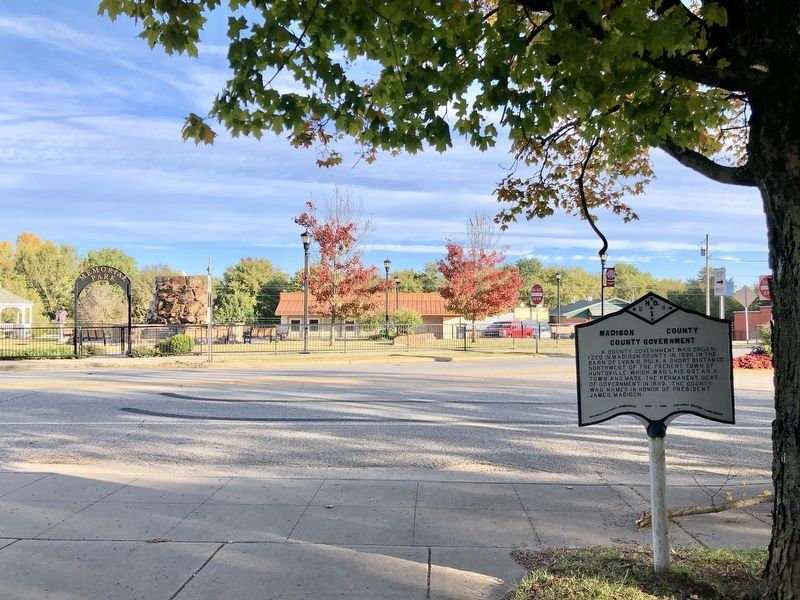