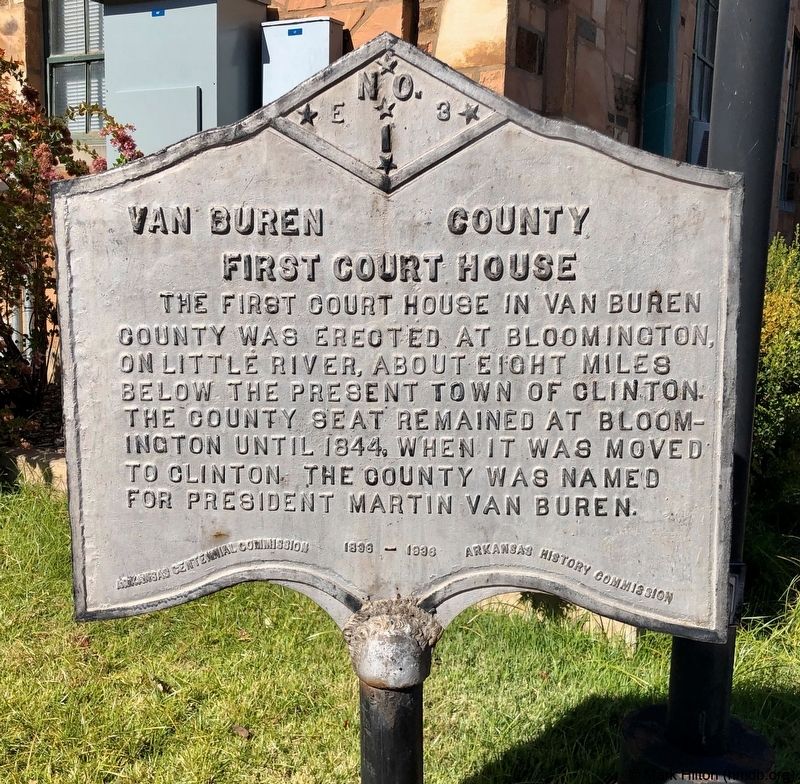 The first court house in Van Buren County was erected at Bloomington, on Little River, about eight miles below the present town of Clinton the county seat remained at Bloomington until 1844, when it was moved to Clinton. The county was named for President Martin Van Buren.

Location. 35° 35.562′ N, 92° 27.436′ W. Marker is in Clinton, Arkansas, in Van Buren County. Marker is at the intersection of Griggs Street and Elm Street, on the left when traveling north on Griggs Street. Touch for map. Marker is at or near this postal address: 273 Main Street, Clinton AR 72031, United States of America. Touch for directions. 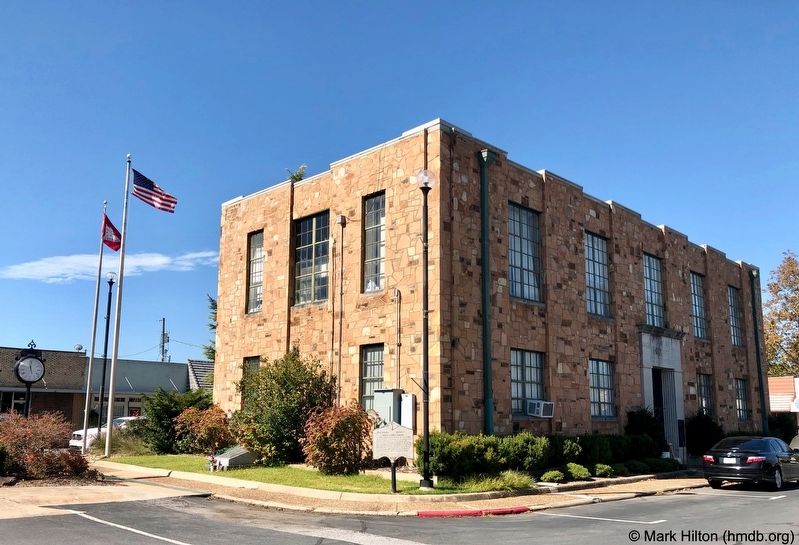 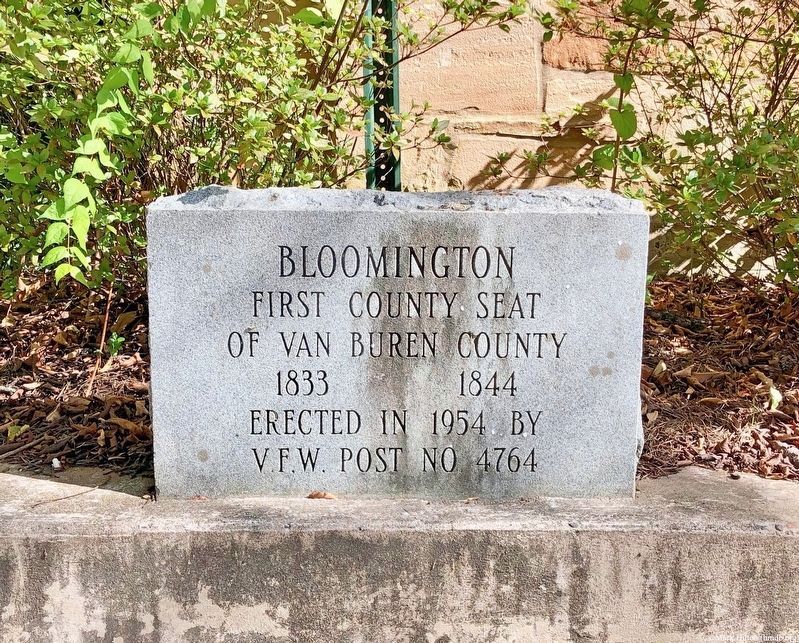 By Mark Hilton, October 23, 2019
3. Another marker at opposite end of courthouse about Bloomington.
More. Search the internet for Van Buren County.