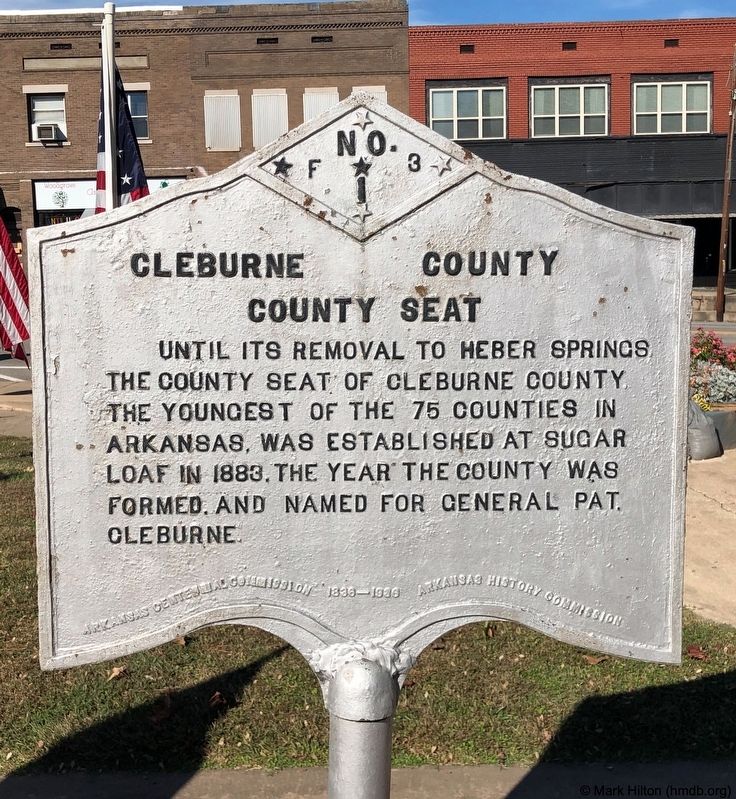 Until its removal to Heber Springs, the county seat of Cleburne County, the youngest of the 75 counties in Arkansas, was established at Sugar Loaf in 1883, the year the county was formed, and named for General Pat. Cleburne. 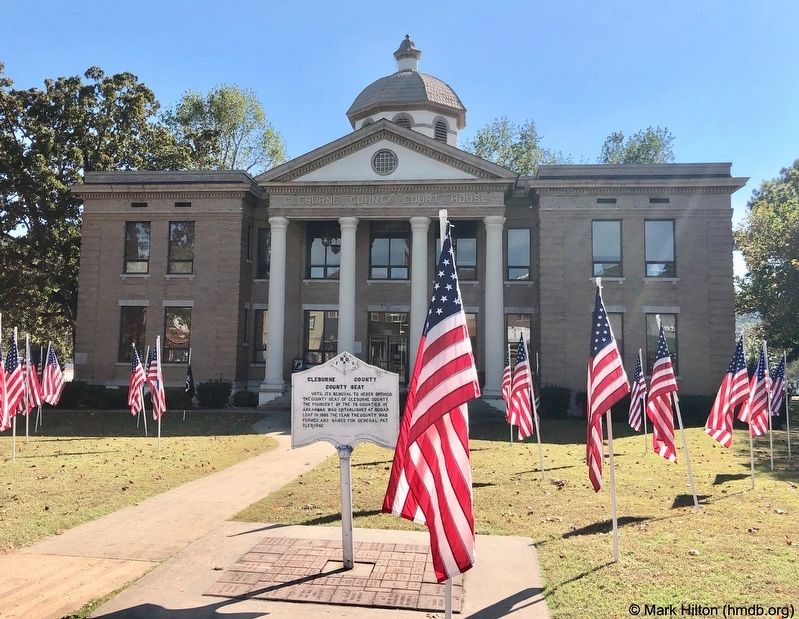