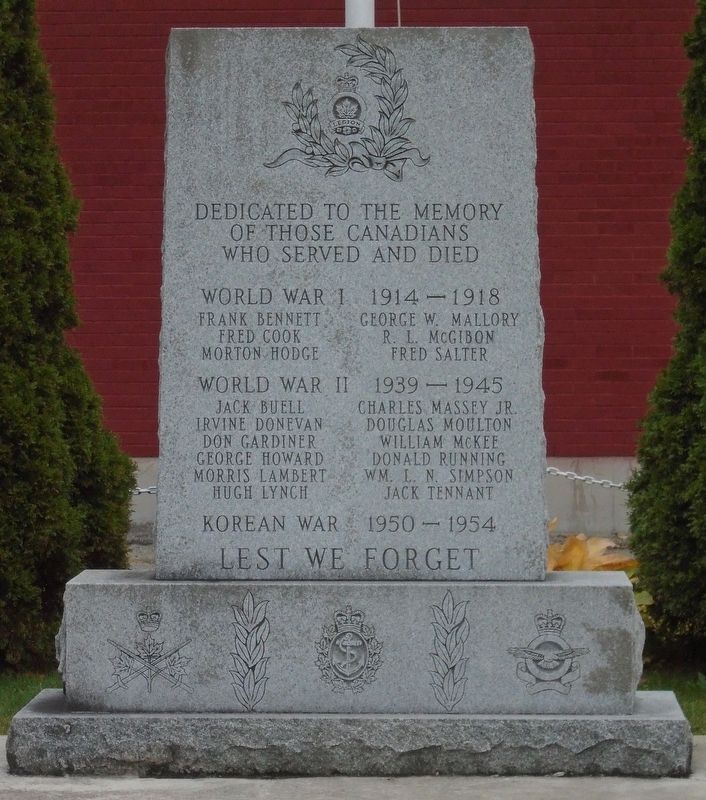 By William Fischer, Jr., October 18, 2019
1. War Memorial
Inscription.
War Memorial. Lest We Forget.
Dedicated to the memory of those Canadians who served and died

[Canadian Armed Forces Emblems]. . This memorial was erected by Royal Canadian Legion Mallorytown Branch 484. It is in Mallorytown in Leeds and Grenville United Counties Ontario

Dedicated to the memory
of those Canadians
who served and died

Location. 44° 28.745′ N, 75° 52.829′ W. Marker is in Mallorytown, Ontario, in Leeds and Grenville United Counties. Memorial is on Quabbin Road (County Highway 4) 0.8 kilometers north of County Highway 2, on the right when traveling north. Touch for map. Marker is at or near this postal address: 13 Quabbin Road, Mallorytown, Ontario K0E 1R0, Canada. Touch for directions.

Other nearby markers. At least 8 other markers are within 10 kilometers of this marker, measured as the crow flies. Canada's First Glassworks (approx. 0.4 kilometers away); The “Remembrance Road” Memorial 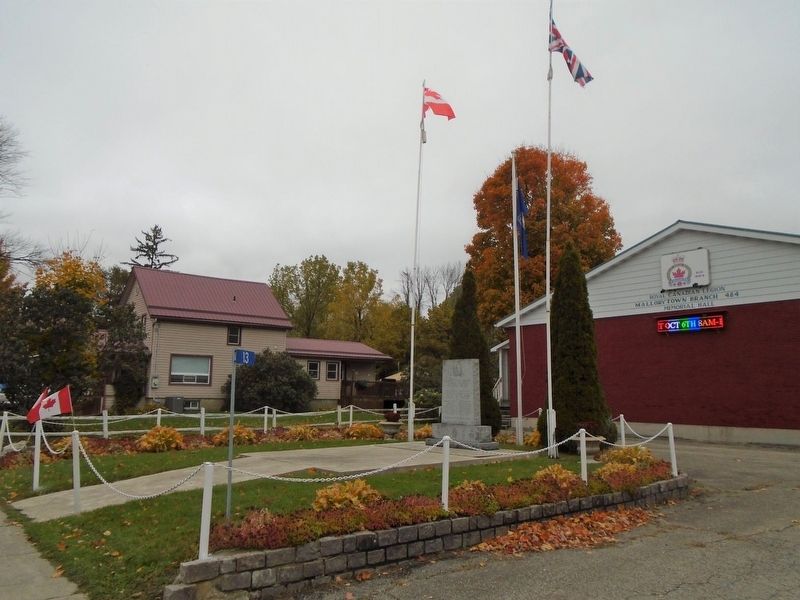