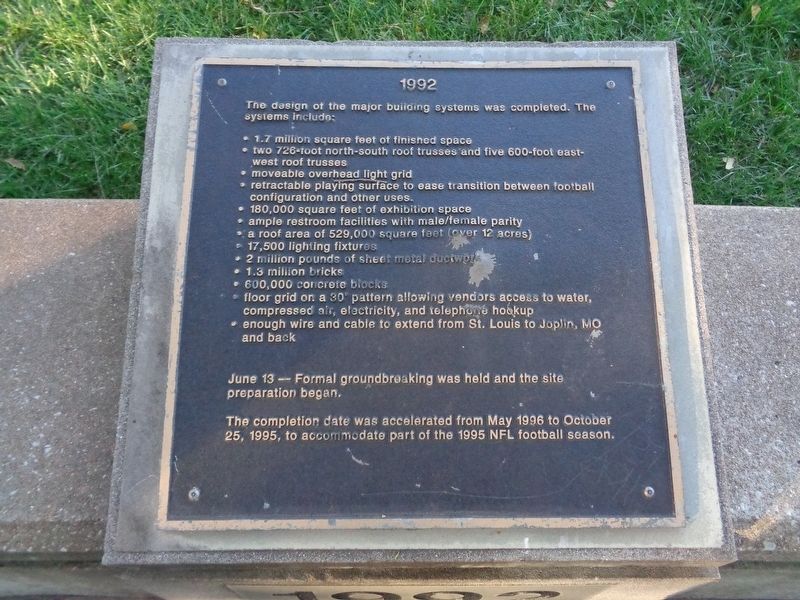 The design of the major building systems was completed. The systems include:

June 13 — Formal groundbreaking was held and the site preparation began. 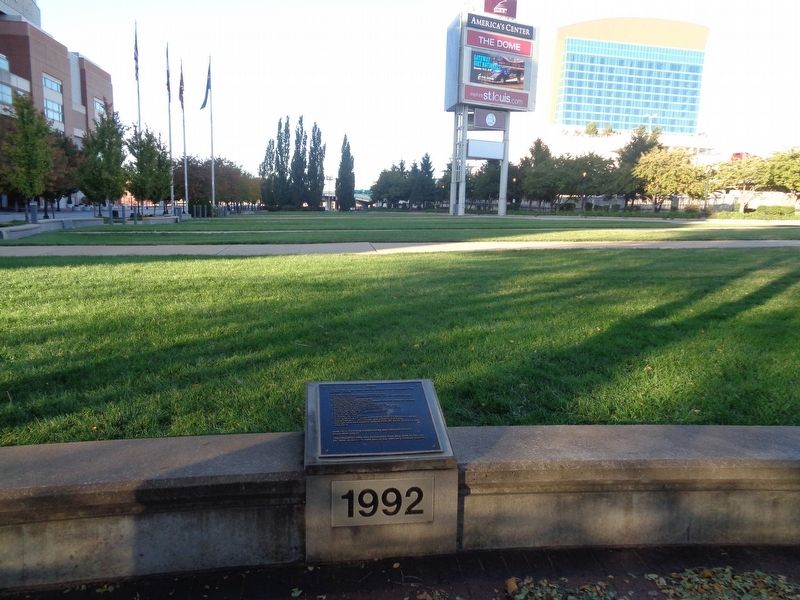 Photographed By Jason Voigt, October 22, 2019
2. 1992 Marker
The Dome at America's Center (and its sign) and the Four Seasons Hotel are seen in the background

Click or scan to see
this page online
and Sports Complex Authority.

Topics. This historical marker is listed in these topic lists: Industry & Commerce • Sports. A significant historical year for this entry is 1992.

Location. 38° 37.91′ N, 90° 11.229′ W. Marker is in St. Louis, Missouri. Marker is at the intersection of North Broadway and Convention Plaza, on the left when traveling south on North Broadway. Marker is located at Baer Plaza, next to the entrance of Lumiere Place casino (or what is known as the LumiereLink). It is east of The Dome at America's Center (formerly known as the Edward Jones Dome). Touch for map. Marker is at or near this postal address: 801 North 4th Street, Saint Louis MO 63102, United States of America. Touch for directions.