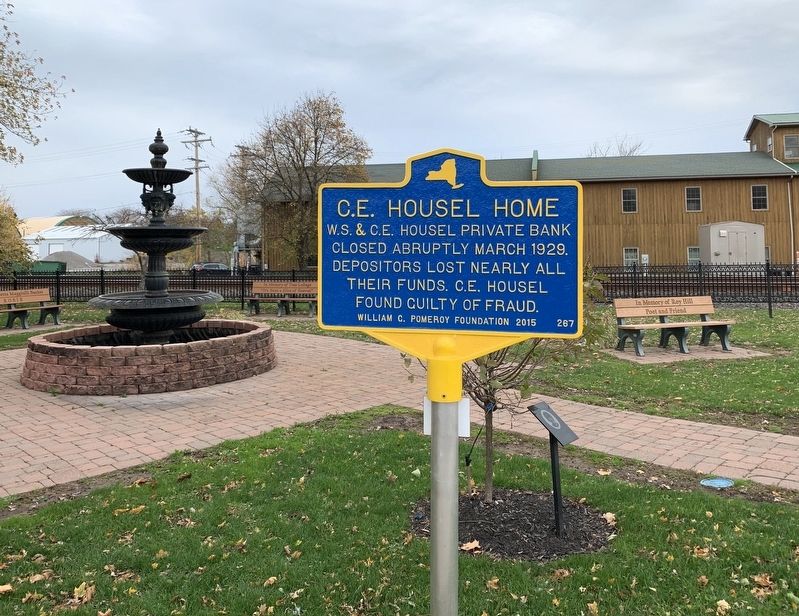 Topics. This historical marker is listed in this topic list: Industry & Commerce. A significant historical month for this entry is March 1929.

Location. 43° 5.151′ N, 77° 56.541′ W. Marker is in Bergen, New York, in Genesee County. Marker is at the intersection of Lake Street (New York State Route 19) and LeRoy Street, on the right when traveling north on Lake Street. Located in Carpenter Park. Touch for map. Marker is in this post office area: Bergen NY 14416, United States of America. Touch for directions. 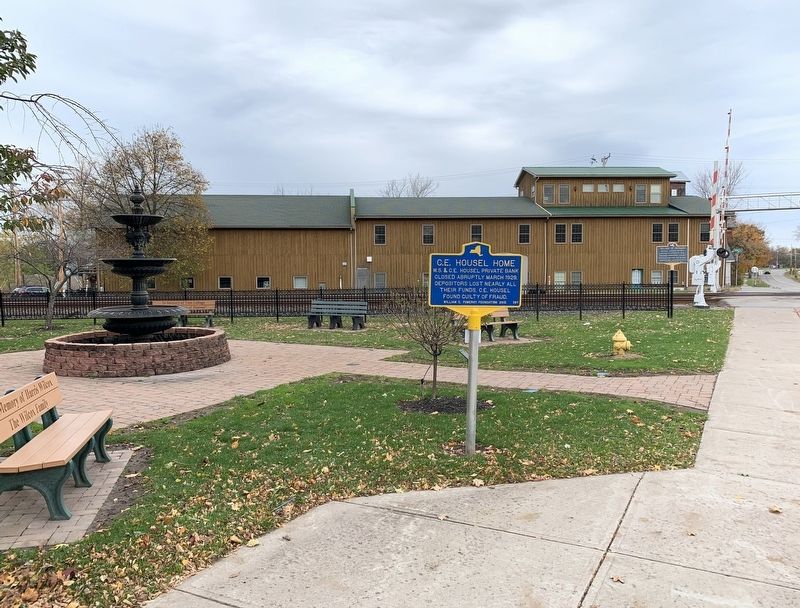 Also see . . .
1. Pomeroy Foundation. (Submitted on November 2, 2019, by Steve Stoessel of Niskayuna, New York.)
2. Pomeroy Foundation, Markers, and Housel. “I think of it as poetry or putting a puzzle together,” she says. “We’ve learned over the years there are certain ways to say things that get your point across.” Thus, the marker in Bergen for the C.E. Housel home, hits all the right key words: “private bank closed abruptly,” “depositors lost nearly all of their funds. C.E. Housel found guilty of fraud.” That’s a much condensed version of a story that dominated the news in 1929 and 1930, a time when banks were crashing everywhere. It ended when Charles E. Housel pleaded guilty to receiving deposits when he knew his bank was insolvent. He was fined $1,000 and given a one-year suspended sentence. (Submitted on November 2, 2019, by Steve Stoessel of Niskayuna, New York.) 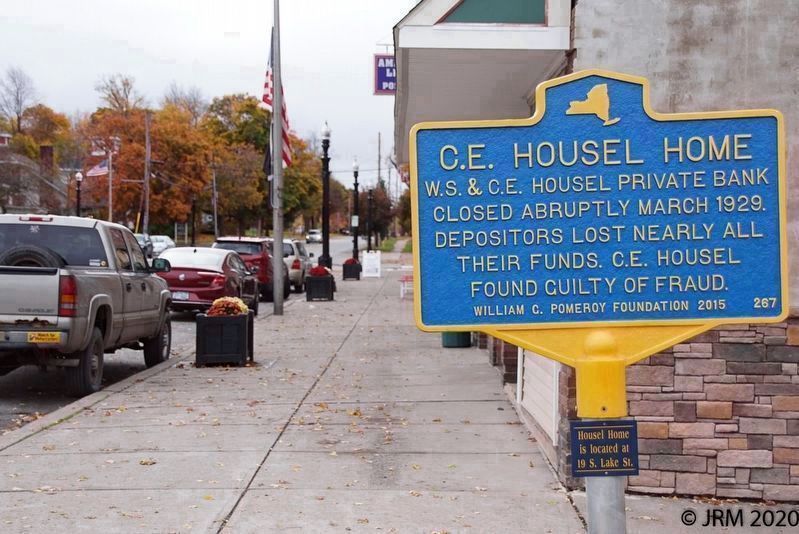 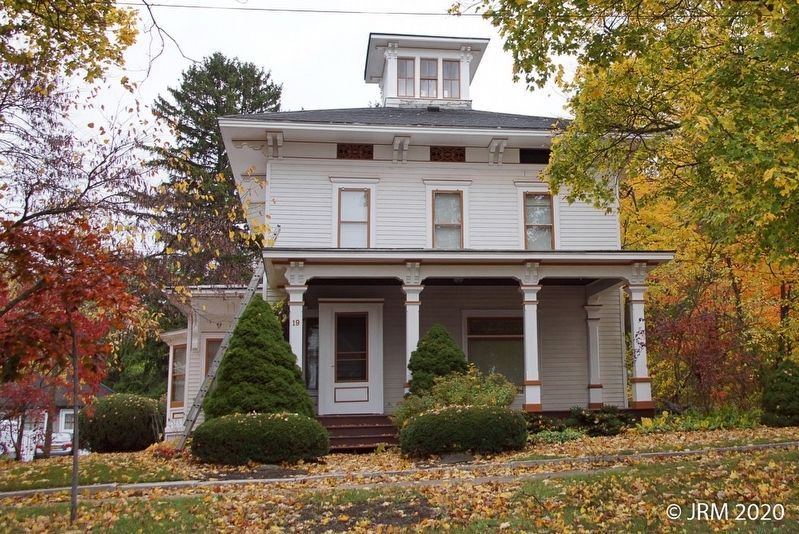