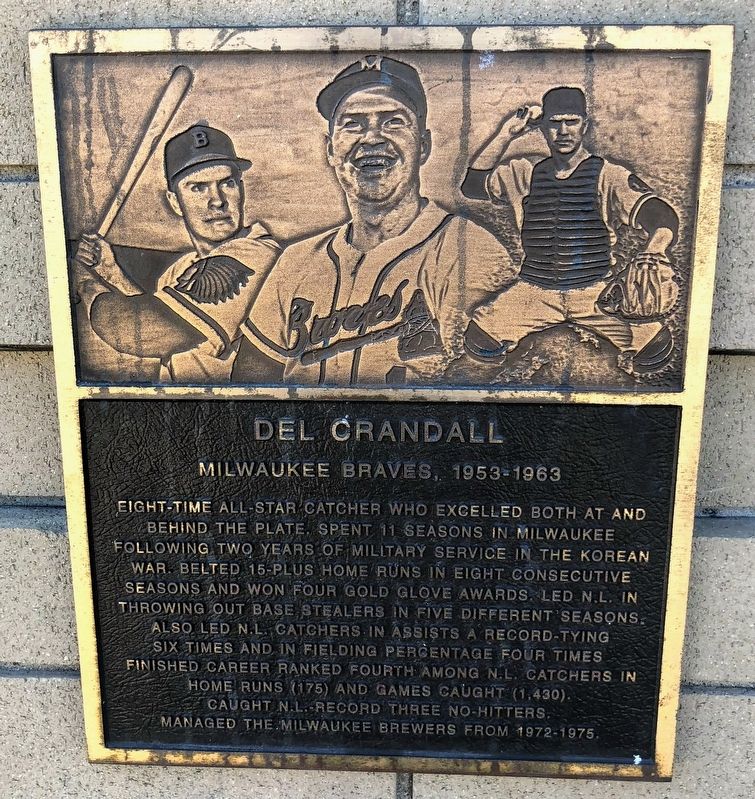 Location. 43° 1.747′ N, 87° 58.188′ W. Marker is in Milwaukee, Wisconsin, in Milwaukee County. Marker is on Miller Park Way (State Highway 175) south of Interstate 94, on the right when traveling south. The marker is part of the Braves Wall of Honor which is on display on the northeast wall (left field) of Miller Park. It is near the Hot Corner entrance. Touch for map. Marker is at or near this postal address: 1 Brewers Way, Milwaukee WI 53214, United States of America. Touch for directions.

Other nearby markers. At least 8 other markers are within walking distance of this marker. Felix Mantilla (here, next to this marker); Robert Ray Buhl 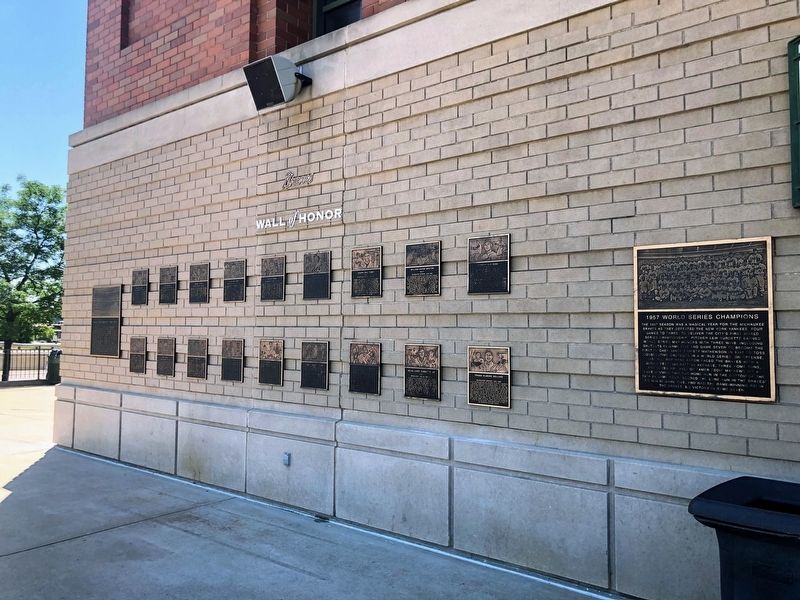