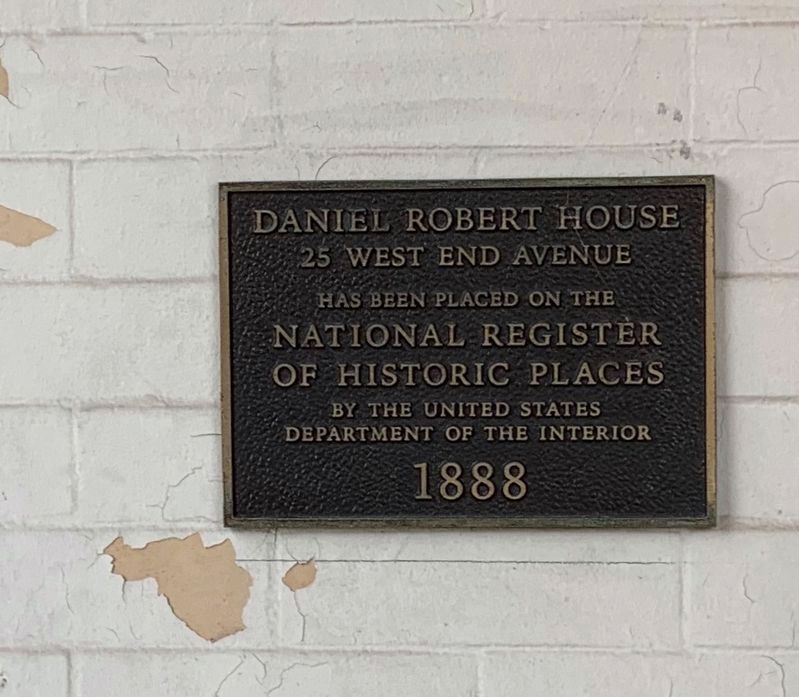 Topics. This historical marker is listed in this topic list: Notable Buildings. A significant historical year for this entry is 1958.

Other nearby markers. At least 8 other markers are within walking distance of this marker. Somerville Borough Hall (a few steps from this marker); Furman Frederick Kugler (within shouting distance of this marker); Armed Forces Memorial (about 300 feet away, measured in a direct line); Fireman's Museum (about 500 feet away); Ruth St. Denis (approx. ¼ mile away); Jersey Central Lines (approx. 0.3 miles away); Site of St. Thomas A.M.E. Zion Parsonage 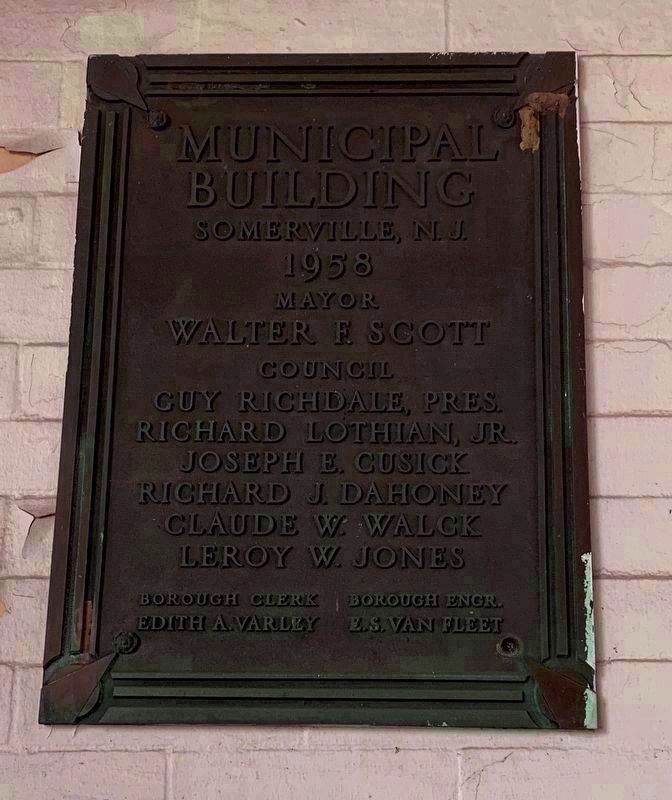 Click or scan to see
this page online
(approx. 0.3 miles away); Former Public Library (approx. 0.4 miles away). Touch for a list and map of all markers in Somerville. 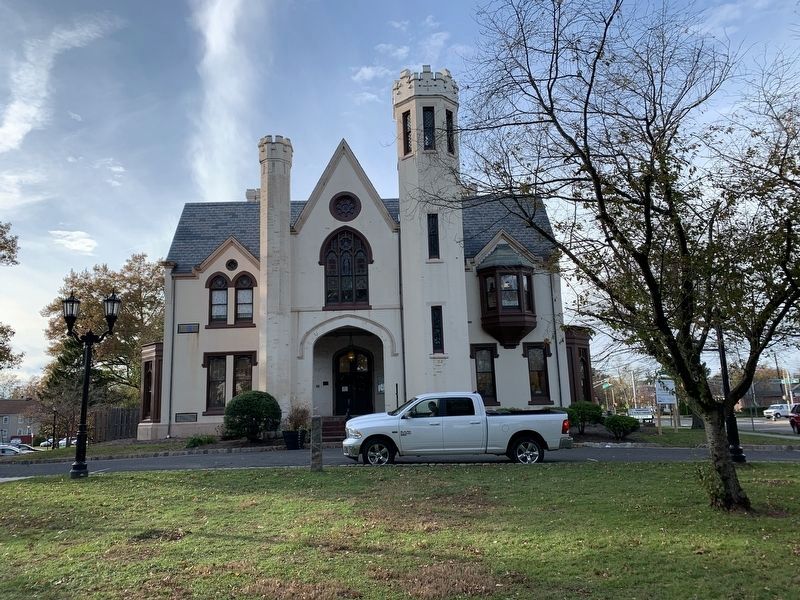