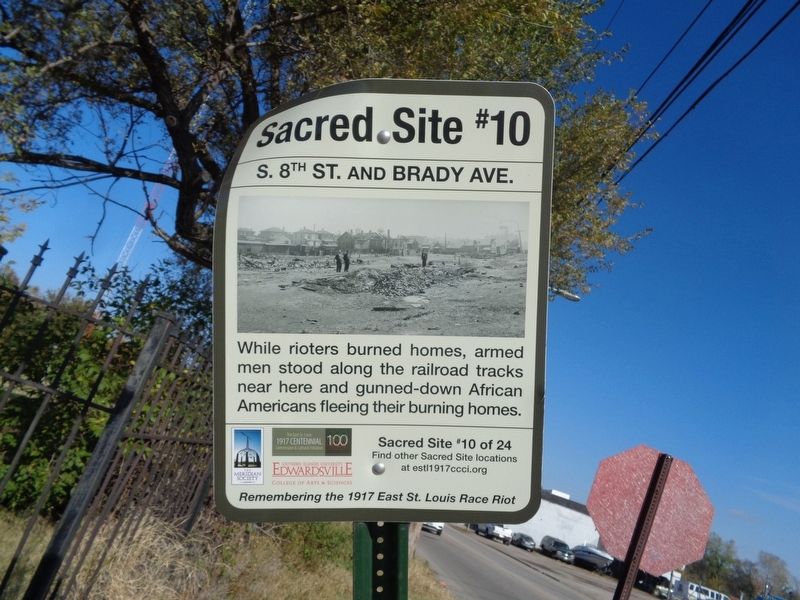 Topics and series. This historical marker is listed in these topic lists: African Americans • Railroads & Streetcars. In addition, it is included in the Illinois, Remembering the 1917 East St. Louis Race Riot series list. A significant historical month for this entry is July 1917.

Other nearby markers. At least 8 other markers are within walking distance of this marker. S. 6th St. and Railroad Ave. (about 800 feet away, measured in a direct line); S. 8th St. and E. Broadway (approx. 0.2 miles away); 700 East Broadway 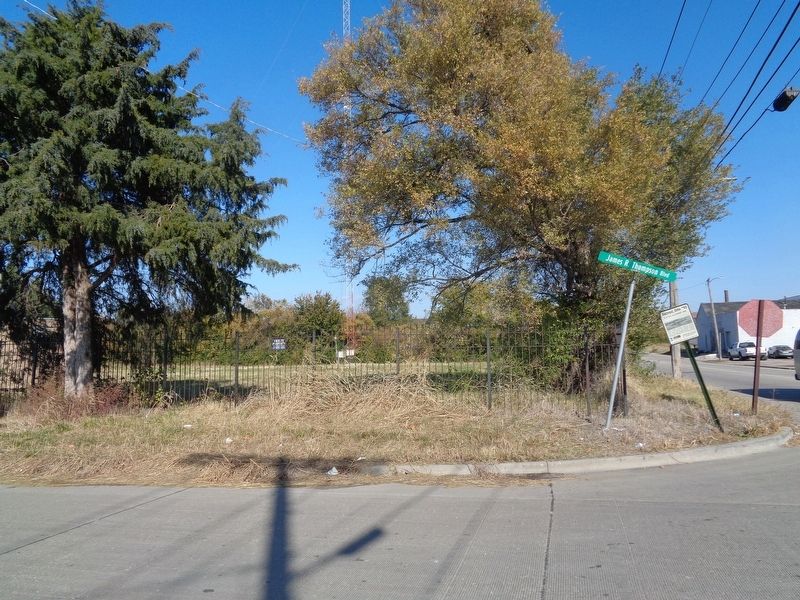 Regarding S. 8th St. and Brady Ave.. On this site was a Southern Railway crossing. The night of the massacre, rail cars filled the tracks along the curve of Railroad Avenue. Armed men fired at the houses on these streets, and as African Americans fled, they were shot by the men standing along the tracks. The St. Louis Republic newspaper described: "[The victim] would zig-zag through the spaces between buildings. Then a well-directed shot would strike him. He would leap into the air. There were deep shouts, intermingled with shrill feminine ones. The flames would creep up to the body." If the man writhed, more shots would be fired. The flames engulfed him and rose further east along the road.