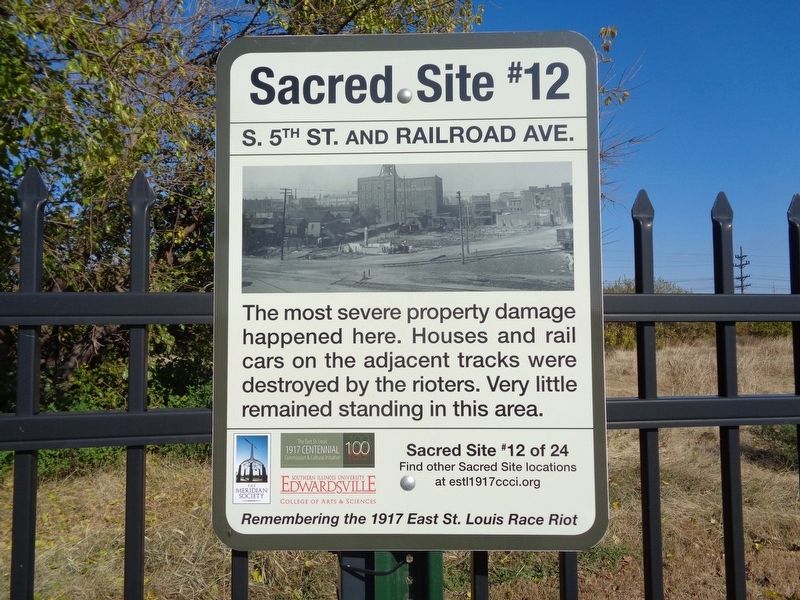 The most severe property damage happened here. Houses and rail cars on the adjacent tracks were destroyed by the rioters. Very little remained standing in this area.

Topics and series. This historical marker is listed in this topic list: Railroads & Streetcars. In addition, it is included in the Illinois, Remembering the 1917 East St. Louis Race Riot series list. A significant historical month for this entry is July 1917.

Location. 38° 37.389′ N, 90° 9.765′ W. Marker is in East St. Louis, Illinois, in St. Clair County. Marker is at the intersection of South 5th Street and Railroad Avenue when traveling north on South 5th Street. It is on the grounds of Southern Illinois University Edwardsville's East St. Louis Center, facing 5th Street and a parking lot. Touch for map. Marker is at or near this postal address: 601 James R Thompson Boulevard, East Saint Louis IL 62201, United States of America. Touch for directions.

Other nearby markers. At least 8 other markers are within walking distance of this marker. S. 4th St. and Railroad Ave. (about 300 feet away, measured in a direct 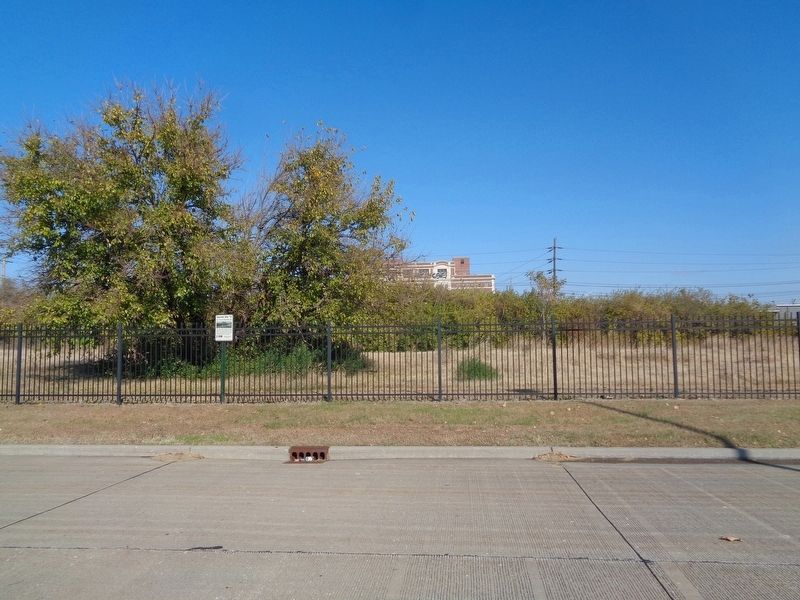 By Jason Voigt, November 5, 2019
2. S. 5th St. and Railroad Ave. Marker
Broadview Hotel can be seen in the background

Regarding S. 5th St. and Railroad Ave.. Many African American families lived in the homes adjacent to the tracks, and the tracks at the time had dozens of rail cars sitting still on them. Some fled their homes and hid among the freight. Rioters burned the rail cars. In the end, 44 rail cars were destroyed, as was the Southern Railway warehouse near South 2nd Street and East Broadway, where the rail cars were to be unloaded.