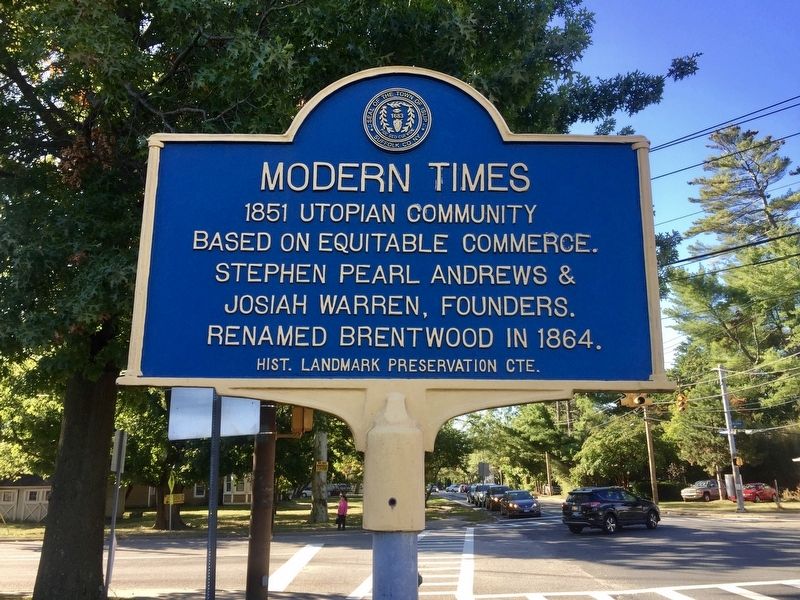 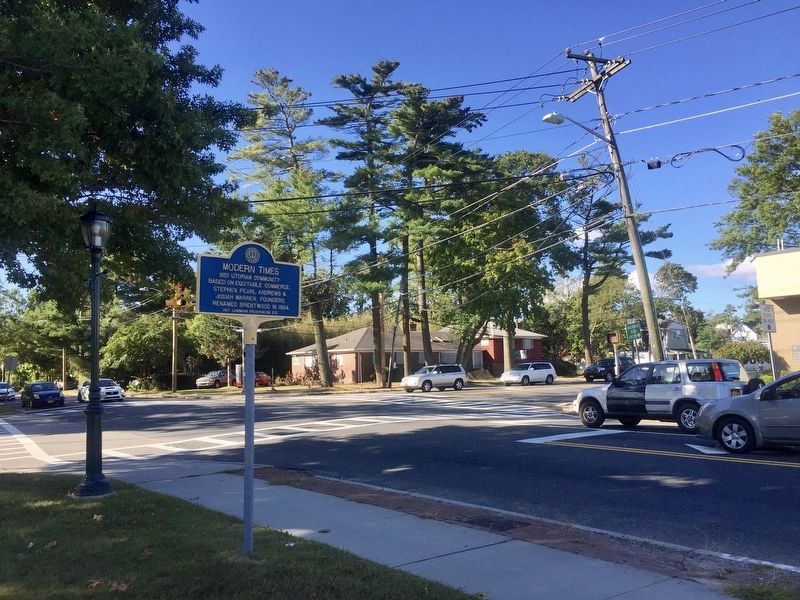 By Thomas Mocera, September 29, 2019
2. Modern Times Marker - wide view
"Modern Times, a Utopian community, began in what is now Brentwood, New York. Josiah Warren and Stephen Pearl Andrews founded it in 1851. The community based its structure on Warren’s ideas of individual sovereignty and equitable commerce. Modern Times existed until 1864 when its citizens decided to change the name of the town to Brentwood...." (Submitted on November 7, 2019, by Thomas Mocera of Centereach, New York.)

2. Where Brentwood Is Today Once Stood Long Island’s Own Utopia (Long Island Press, Sept. 7, 2014). "This Sunday 150 years ago Long Island’s most famous—and notorious—utopian community formally changed its name from Modern Times to Brentwood. For 13 years this pioneer experiment in communal living had been a haven for non-conformists where “free love” reigned. There was no jail, no police, no judge and no money. The founders’ ideas had attracted international attention in European and American intellectual circles but the residents’ eccentric behavior and out of wedlock living arrangements had drawn heated criticism locally and nationally." (Submitted on November 7, 2019, by Thomas Mocera of Centereach, New York.)