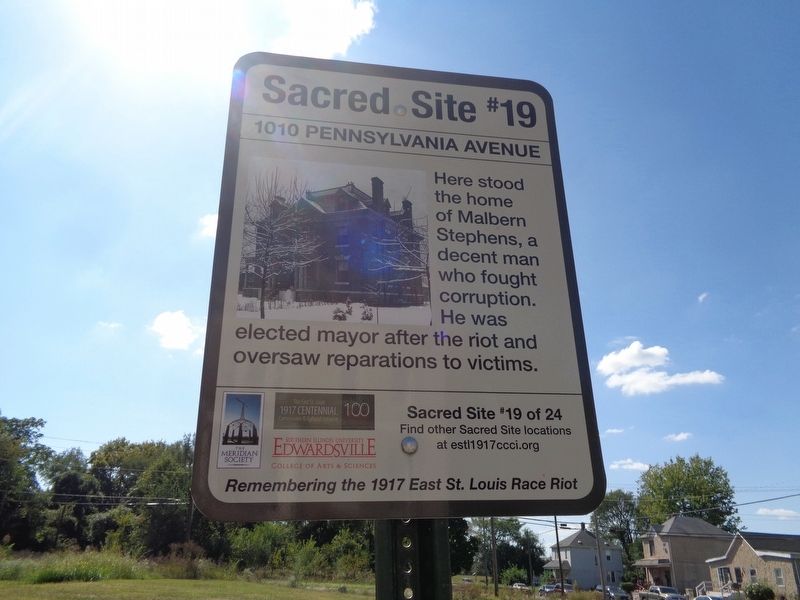 By Jason Voigt, October 1, 2019
1. 1010 Pennsylvania Avenue Marker
Inscription.
1010 Pennsylvania Avenue. Remembering the 1917 East St. Louis Race Riot. Here stood the home of Malbern Stephens, a decent man who fought corruption. He was elected mayor after the riot and oversaw reparations to the victims. . This historical marker was erected in 2017 by The East St. Louis 1917 Centennial Commission and Cultural Initiative, the Meridian Society, and Southern Illinois University Edwardsville. It is in East St. Louis in St. Clair County Illinois

Here stood the home of Malbern Stephens, a decent man who fought corruption. He was elected mayor after the riot and oversaw reparations to the victims.

Topics and series. This historical marker is listed in this topic list: Government & Politics. In addition, it is included in the Illinois, Remembering the 1917 East St. Louis Race Riot series list. A significant historical year for this entry is 1917.

Other nearby markers. At least 8 other markers are within walking distance of this marker. 621 N. 9th Street (about 600 feet away, measured in a direct line); N. 9th St. & St. Clair Ave. 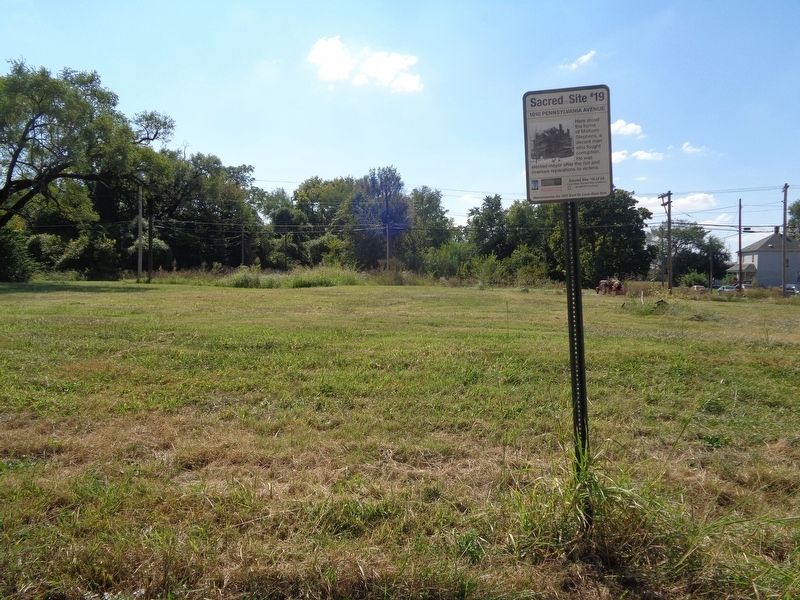 Regarding 1010 Pennsylvania Avenue. Stephens was the longest serving mayor of East St. Louis. He was first elected in 1887 and he actively recruited industry, including Aluminum Ore Company and the Armous Meatpacking plant. However, he was replaced as mayor in 1903 by a series of corrupt administrations. He fought for good governance and helped get one mayor indicted for corruption. After the 1917 massacre, civic leaders begged him to return, even though he was 72 years old. He served eight more years and oversaw the payment of reparations to the victims of the massacre; he personally signed each bond.