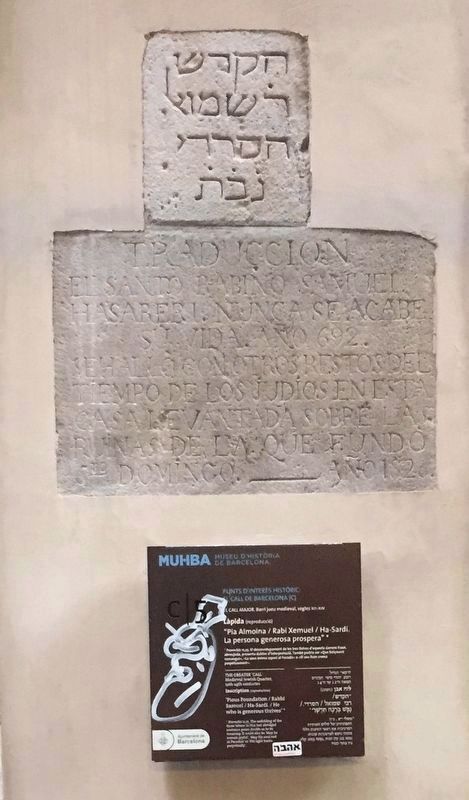 By Andrew Ruppenstein, September 19, 2019
1. El Call: Rabbi Samuel Ha-Sardi Stone Marker
The marker consists of three panels. The top is a stone inscribed in Hebrew (which is a replica, while the original resides in a nearby museum). The middle panel, effectively a historical marker, provides a Spanish-language translation of the top panel plus a sentence of context. (The 1820 date is when the Ha-Sardi stone was found.) The third panel (MUHBA) provides Catalan, English and Hebrew translations of the top panel.
Inscription.
First panel, in Hebrew: Transcription not provided. See Photo 2.

Second panel, in Spanish: . This historical marker was erected by Ajuntament de Barcelona, Museu d'Historia de Barcelona. It is in Barcelona in Barcelonès Catalonia Spain