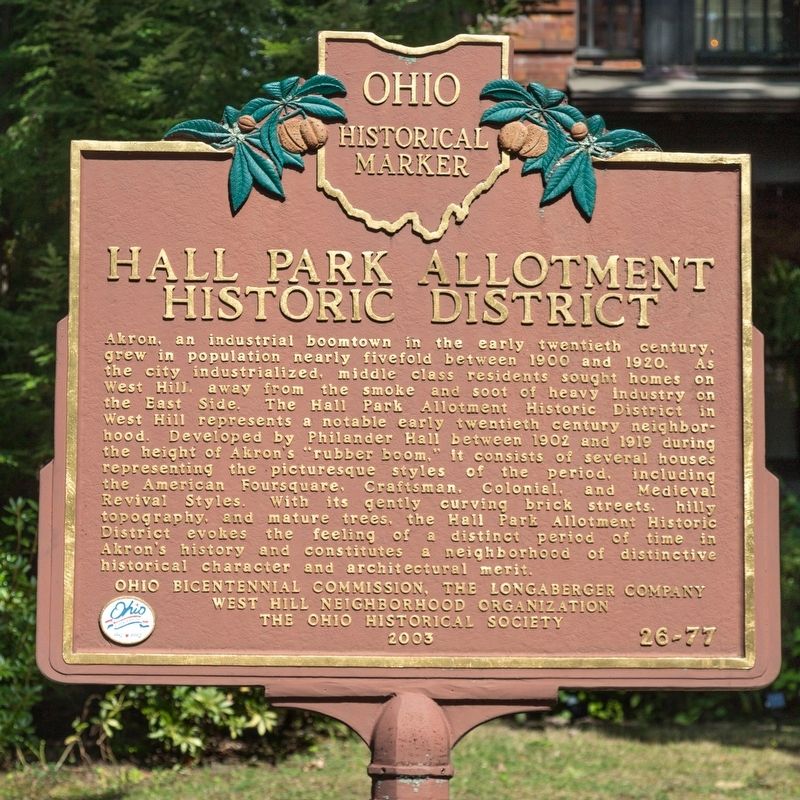 Akron, an industrial boomtown in the early twentieth century, grew in population nearly fivefold between 1900 and 1920. As the city industrialized, middle class residents sought homes on West Hill, away from the smoke and soot of heavy industry on the East Side. The Hall Park Allotment Historic District in West Hill represents a notable early twentieth century neighborhood. Developed by Philander Hall between 1902 and 1919 during the height of Akron’s “rubber boom,” it consists of several houses representing the picturesque styles of the period, including the American Foursquare, Craftsman, Colonial, and Medieval Revival Styles. With its gently curving brick streets, hilly topography, and mature trees, the Hall Park Allotment Historic District evokes the feeling of a distinct period of time in Akron’s history and constitutes a neighborhood of distinctive historical character and architectural merit. 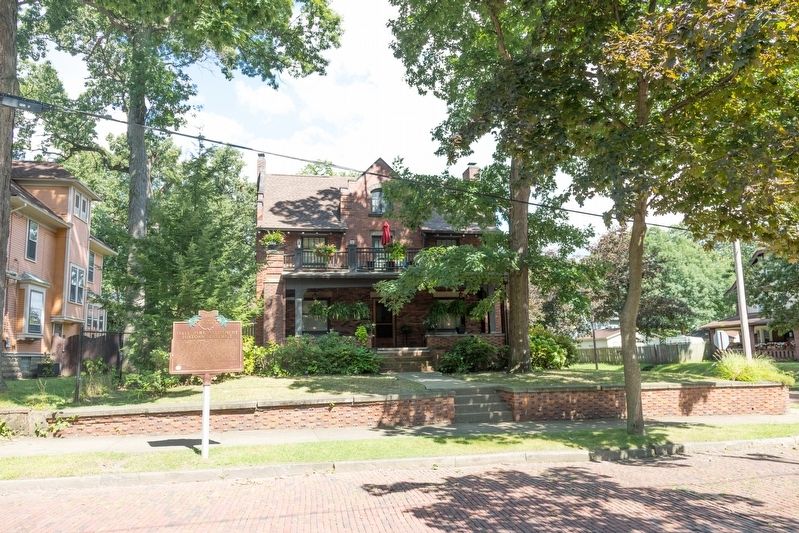 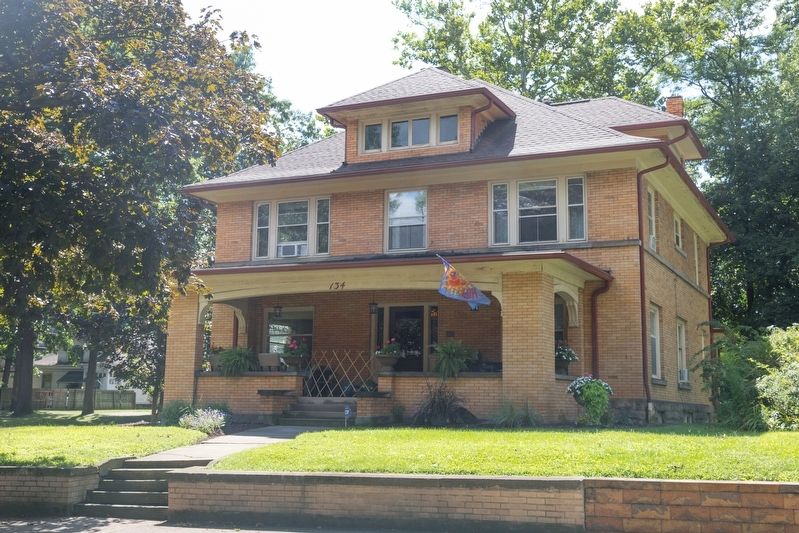 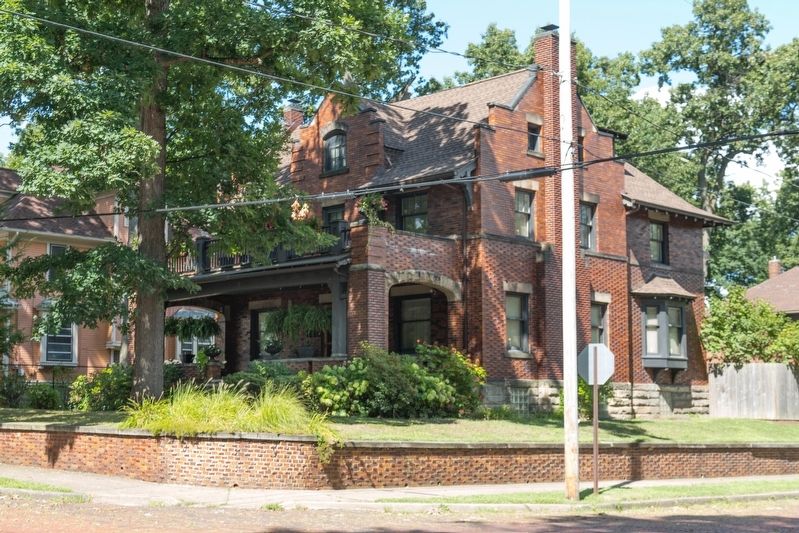