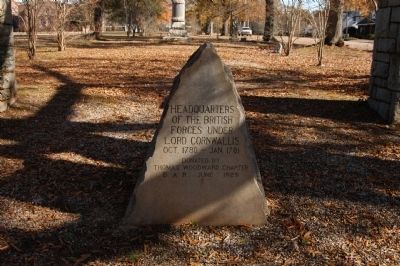 Photographed By Michael Sean Nix, December 9, 2008
1. British Headquarters Marker
Inscription.
British Headquarters. . Headquarters of the British forces under Lord Cornwallis Oct. 1780 - Jan. 1781 . This historical marker was erected in 1929 by Thomas Woodward Chapter of the Daughters of the American Revolution. It is in Winnsboro in Fairfield County South Carolina

Headquarters of the British forces under Lord Cornwallis Oct. 1780 - Jan. 1781

Erected 1929 by Thomas Woodward Chapter of the Daughters of the American Revolution.

Topics and series. This historical marker is listed in this topic list: War, US Revolutionary. In addition, it is included in the Daughters of the American Revolution (DAR) series list. A significant historical month for this entry is January 1781.

Location. 34° 23.01′ N, 81° 5.118′ W. Marker is in Winnsboro, South Carolina, in Fairfield County. Marker is at the intersection of Zion Street and College Street, on the left when traveling south on Zion Street. Touch for map. Marker is in this post office area: Winnsboro SC 29180, United States of America. Touch for directions. 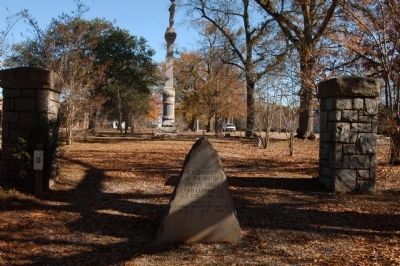 Photographed By Michael Sean Nix, December 9, 2008
2. British Headquarters Marker
You can see the Fairfield County Confederate Monument in the background.

Click or scan to see
this page online
(about 500 feet away); First Methodist Church (about 700 feet away); William Porcher Dubose (about 800 feet away). Touch for a list and map of all markers in Winnsboro. 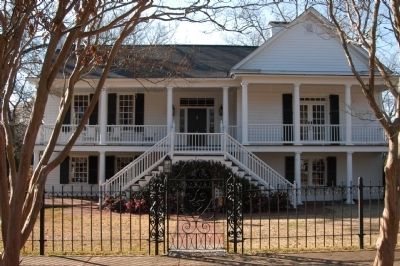