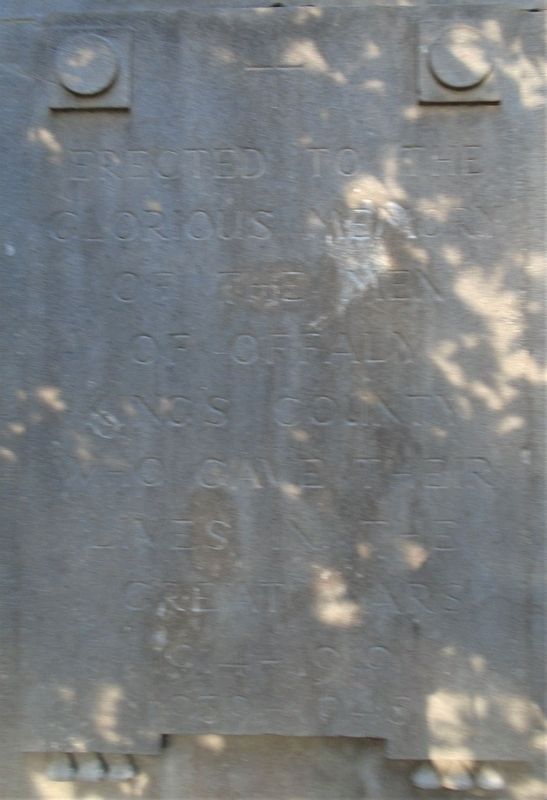 By William Fischer, Jr., May 20, 2019
1. World Wars Memorial Dedication Marker
Inscription.
World Wars Memorial. .
Erected to the glorious memory of the men of Offaly King's County who gave their lives in the Great Wars 1914-1919 1939-1945. . This memorial is in Tullamore in County Offaly Leinster Ireland

Other nearby markers. At least 1 other marker is within walking distance of this marker. Tullamore Distillery (about 150 meters away, measured in a direct line). 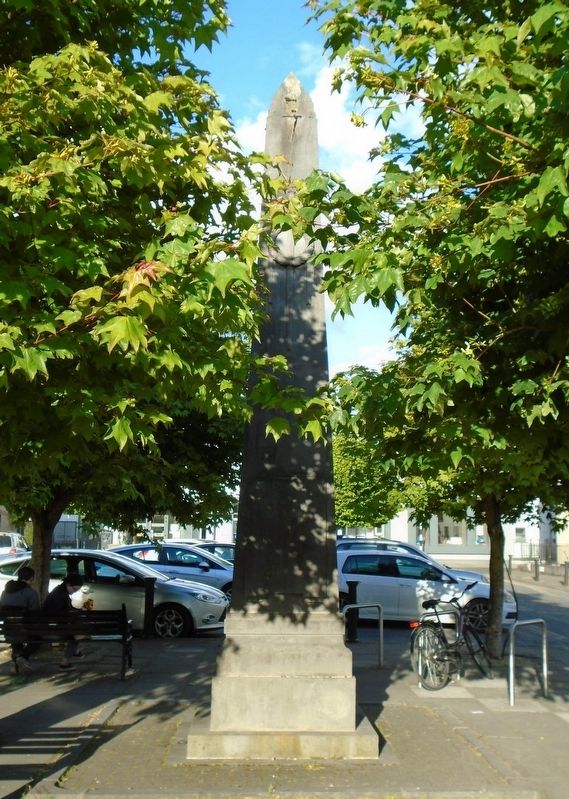