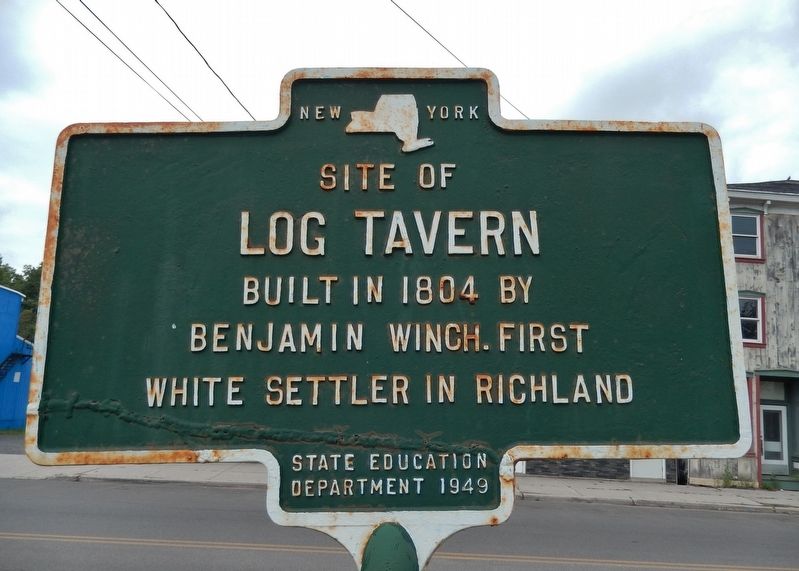 By Cosmos Mariner, August 16, 2019
1. Site of Log Tavern Marker
Inscription.
Site of Log Tavern. .
Built in 1804 by Benjamin Winch. First white settler in Richland. . This historical marker was erected in 1949 by New York State Education Department. It is in Pulaski in Oswego County New York

Built in 1804 by
Benjamin Winch. First
white settler in Richland

Location. 43° 33.93′ N, 76° 7.602′ W. Marker is in Pulaski, New York, in Oswego County. Marker is on Salina Street (U.S. 11) just south of Lewis Street, on the left when traveling south. Marker is located beside the sidewalk, directly in front of the Riverhouse Restaurant. Touch for map. Marker is at or near this postal address: 4818 Salina Street, Pulaski NY 13142, United States of America. Touch for directions. 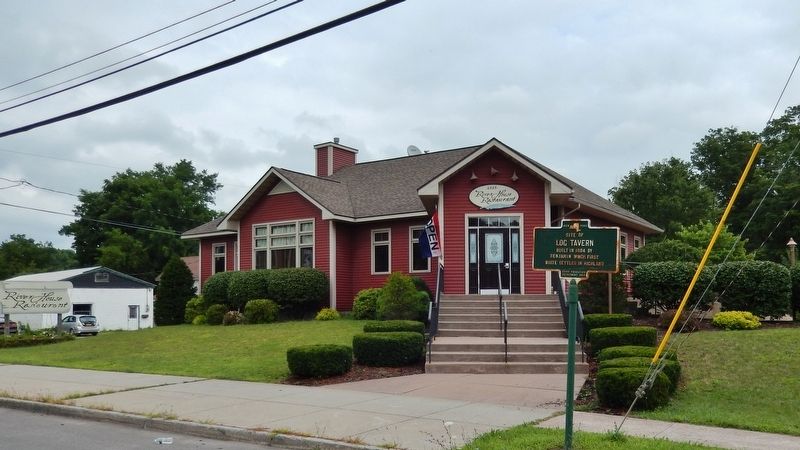 1. History of Pulaski. To Benjamin Winch the honor is inscribed of being the first white settler within the boundaries of the present thriving village of Pulaski. He located in 1804, and erected the first tavern on the site later occupied by the Palmer House. It was a log structure, but many a pioneer was cheered alike by his fireside, venison, and whisky. Mr. Winch subsequently sold the tavern to John Hoar, who was probably an itinerant, as nothing is known of him, who in turn disposed of it to J. A. Mathewson, a native of Scituate, Rhode Island, who settled in 1806. (Submitted on December 2, 2019, by Cosmos Mariner of Cape Canaveral, Florida.)