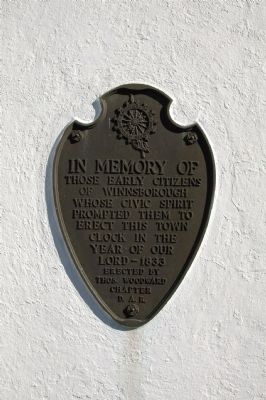 Photographed By Michael Sean Nix, December 9, 2008
1. Town Clock Marker
Inscription.
Town Clock. . In memory of those early citizens of Winnsborough whose civic spirit prompted them to erect this town clock in the year of our Lord - 1833 . This historical marker was erected by Thomas Woodward Chapter of the Daughters of the American Revolution. It is in Winnsboro in Fairfield County South Carolina

Erected by Thomas Woodward Chapter of the Daughters of the American Revolution.

Topics and series. This historical marker is listed in this topic list: Notable Buildings. In addition, it is included in the Daughters of the American Revolution (DAR) series list. A significant historical year for this entry is 1833.

Location. 34° 22.836′ N, 81° 5.187′ W. Marker is in Winnsboro, South Carolina, in Fairfield County. Marker can be reached from the intersection of Congress Street and Washington Street, on the left when traveling south. Marker is on the front wall of the Clock Tower next to the entrance. Touch for map. Marker is in this post office area: Winnsboro SC 29180, United States of America. Touch for directions. 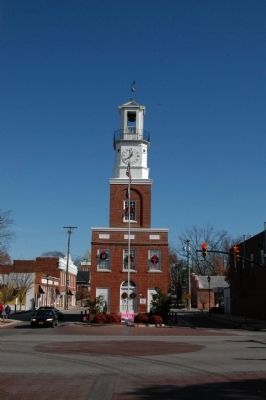 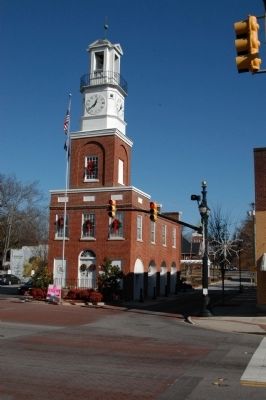 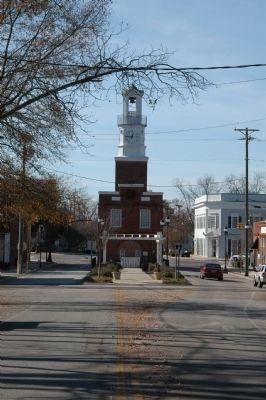 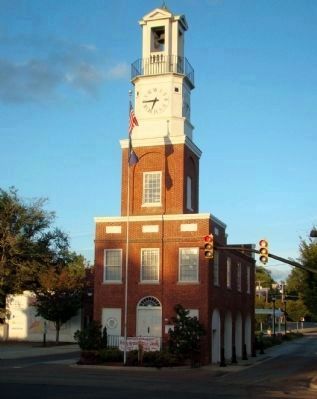