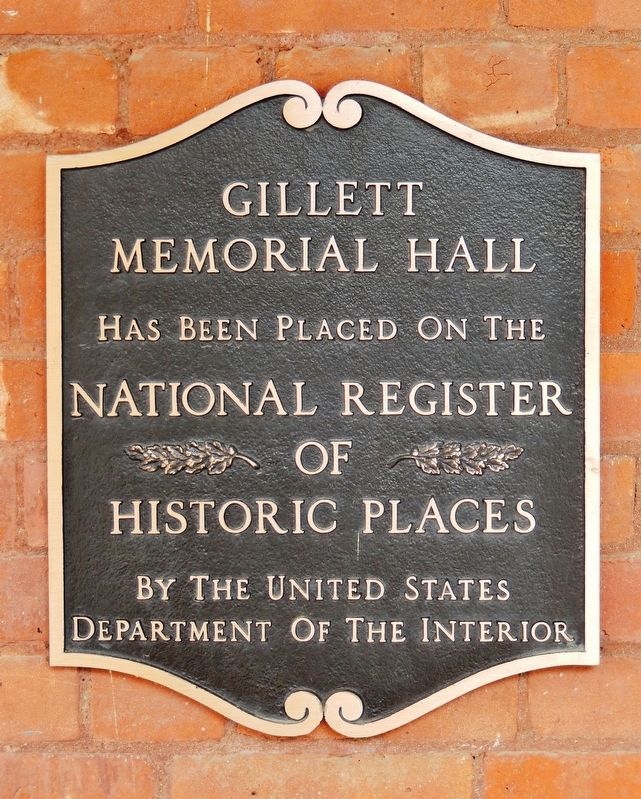 By Cosmos Mariner, July 15, 2017
1. Gillett Memorial Hall Marker
Inscription.
Gillett Memorial Hall. .
Has been placed on the National Register of Historic Places by the United States Department of the Interior. . This historical marker is in Elmira in Chemung County New York

Location. 42° 5.905′ N, 76° 48.79′ W. Marker is in Elmira, New York, in Chemung County. Marker can be reached from College Avenue south of West Washington Avenue, on the left when traveling south. Marker is mounted at eye-level, directly on the subject building, just to the left of the front entrance. Gillett Memorial Hall is about 120 yards east across the courtyard from College Avenue. Touch for map. Marker is at or near this postal address: 804 College Avenue, Elmira NY 14901, United States of America. Touch for directions. 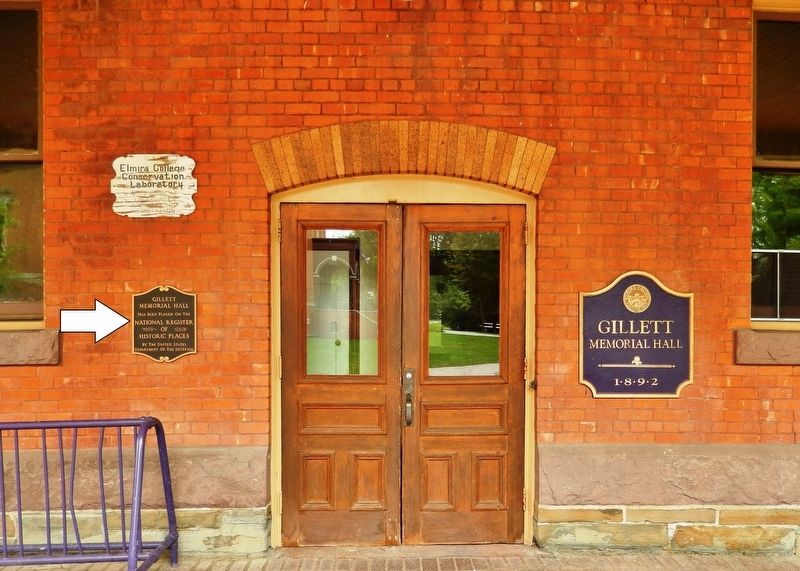 By Cosmos Mariner, July 15, 2017
2. Gillett Memorial Hall Marker (wide view)
Elmira College: Gillett Memorial Hall (Wikipedia). Built in 1892, a gift of Solomon Gillett. It originally served as the college's music building, containing twenty-two teaching and practice rooms and new pianos. It was proposed at a meeting in June 1891 and construction was completed the following year. In the past, the third floor held the Darius Ford Museum but currently, the building contains offices for faculty members of the college. Gillett Memorial Hall is listed on the National Register of Historic Places. (Submitted on December 5, 2019, by Cosmos Mariner of Cape Canaveral, Florida.) 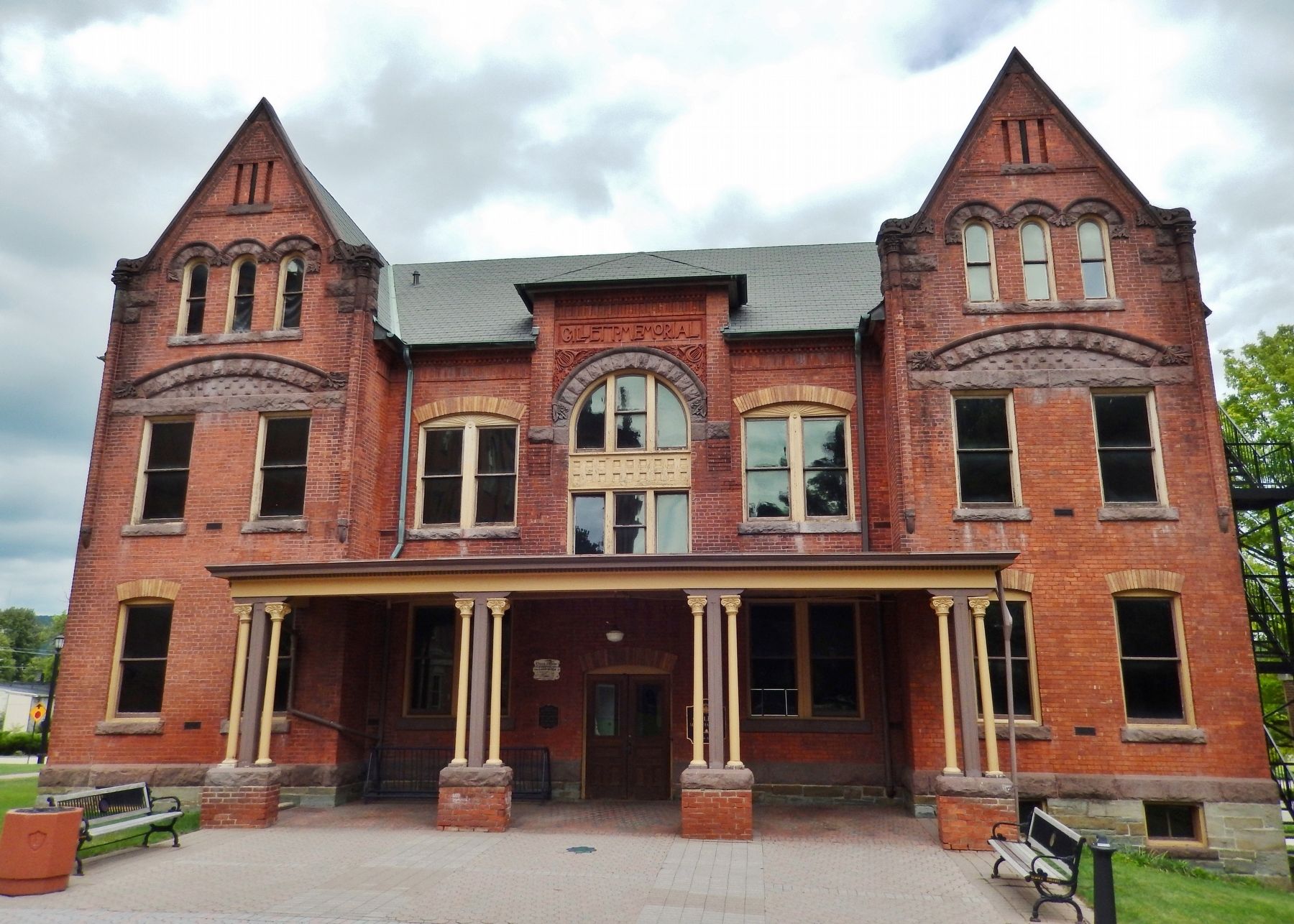