The Miracle of Saint Joseph Oriol 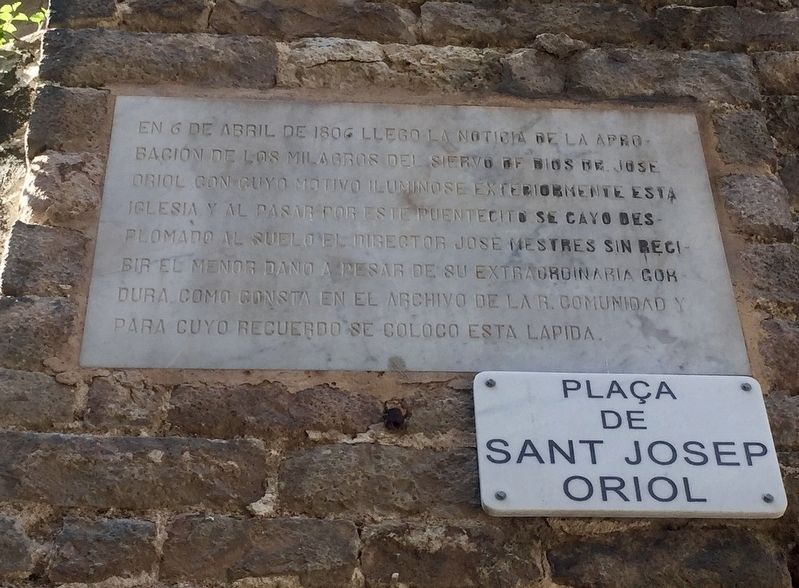 By Andrew Ruppenstein, September 18, 2019
1. The Miracle of Saint Joseph Oriol's Marker
Inscription.
(English translation:) On April 6, 1806, the news arrived of the approval of the miracles of the Servant of God, Dr. José Oriol, and for which reason this church was lit up to celebrate his pending beatification. At the same time, while passing over this small bridge (see Photo 2), the Director and Parish Priest José Mestres fell to the ground from the bridge without receiving the slightest injury, despite his extraordinary girth. This (miracle) is described in the files of the Church and for whose commemoration this tablet is placed. . This historical marker is in Barcelona in Barcelonès Catalonia Spain