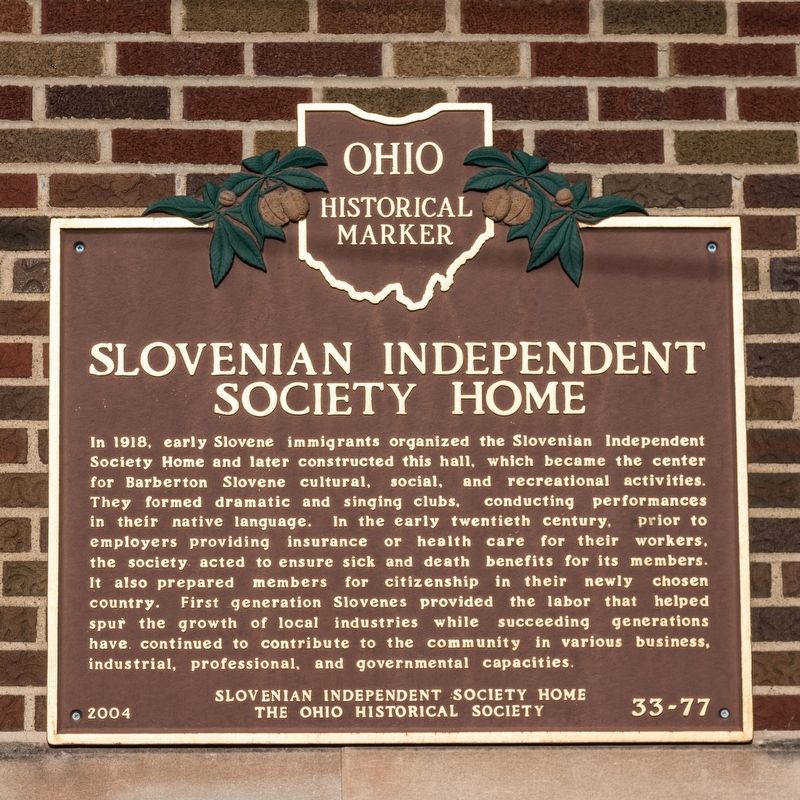 In 1918, early Slovene immigrants organized the Slovenian Independent Society Home and later constructed this hall, which became the center for Barberton Slovene cultural, social, and recreational activities. They formed dramatic and singing clubs, conducting performances in their native language. In the early twentieth century, prior to employers providing insurance or health care for their workers, the society acted to ensure sick and death benefits for its members. It also prepared members for citizenship in their newly chosen country. First generation Slovenes provided the labor that helped spur the growth of local industries while succeeding generations have continued to contribute to the community in various business, industrial, professional, and governmental capacities.

Topics and series. This historical marker is listed in these topic lists: Arts, Letters, Music • Communications 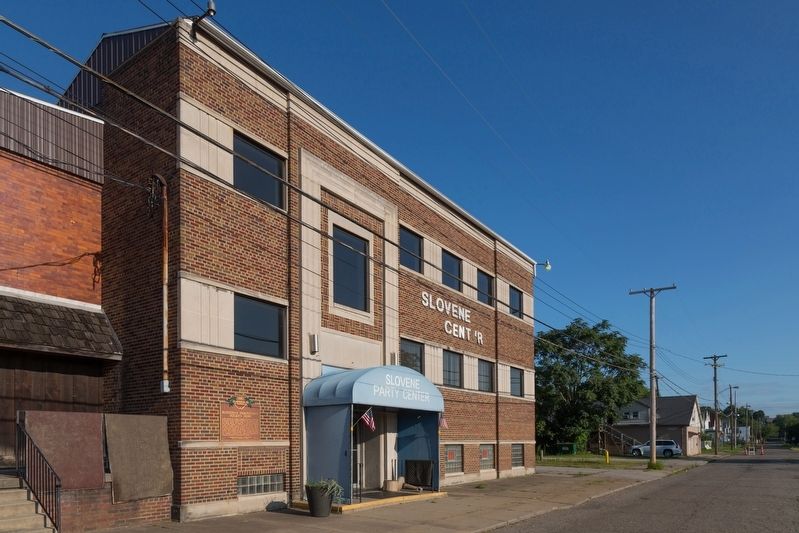 By J. J. Prats, August 24, 2019
2. Slovenian Independent Society Home and Marker
Marker is on the wall to the left of the entrance.

Click or scan to see
this page online
• Entertainment • Fraternal or Sororal Organizations • Industry & Commerce • Settlements & Settlers. In addition, it is included in the Ohio Historical Society / The Ohio History Connection series list. A significant historical year for this entry is 1918.

Location. 41° 0.762′ N, 81° 37.261′ W. Marker is in Barberton, Ohio, in Summit County. Marker is on 14th Street Northwest north of West Wooster Road, on the left when traveling north. Building now houses the Slovene Party Center. Touch for map. Marker is at or near this postal address: 70 14th St NW, Barberton OH 44203, United States of America. Touch for directions. 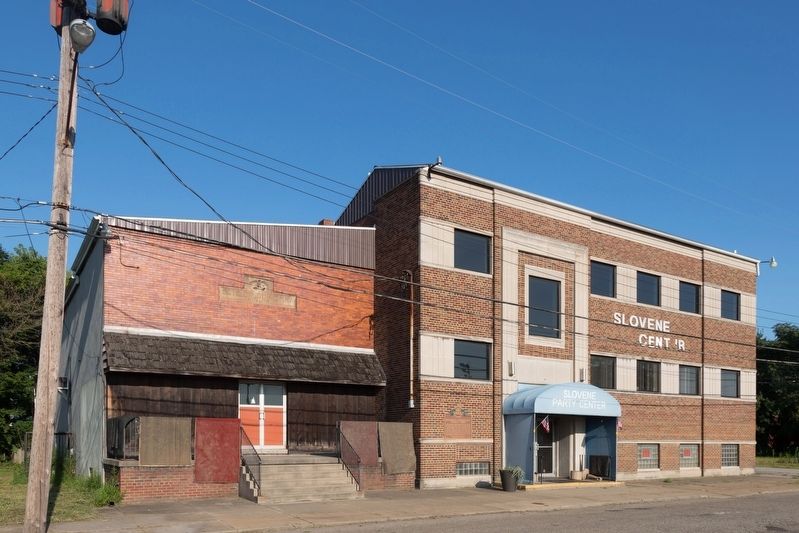 More about this marker. Marker is mounted on the building’s wall.

In 1914, Cleveland was the third most-populous Slovene city in the world, after Trieste and Ljubljana. Within Cleveland, Slovene Americans developed their own cultural and social institutions, including Slovene-owned groceries, bars, furniture stores, clothing shops, and other businesses; Catholic parishes and elementary schools; mutual aid and fraternal societies; and even a Slovene bank. By the 1930s, five out of 32 members of the Cleveland City Council were Slovene. Most Slovene Americans living in Cleveland eventually moved to the city's suburbs, although cultural institutions within the city limits remain significant. The Cleveland metropolitan area remains home to the largest population of Slovenians in the world outside of Slovenia. 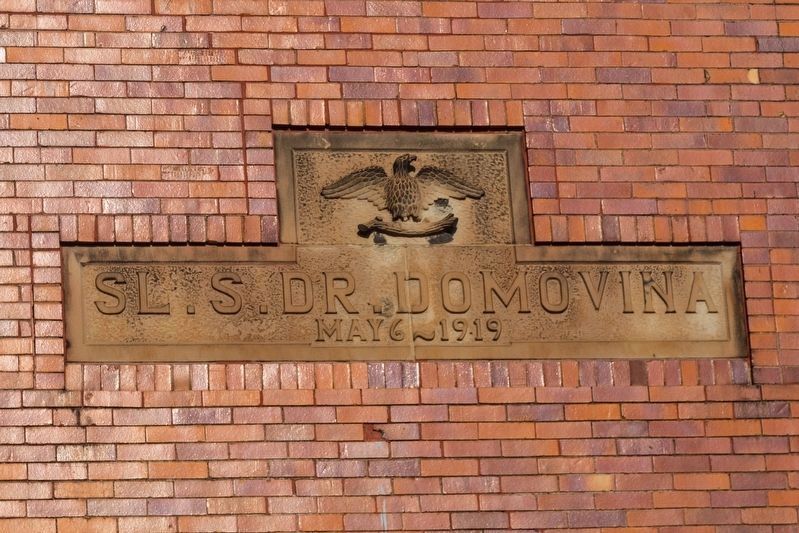