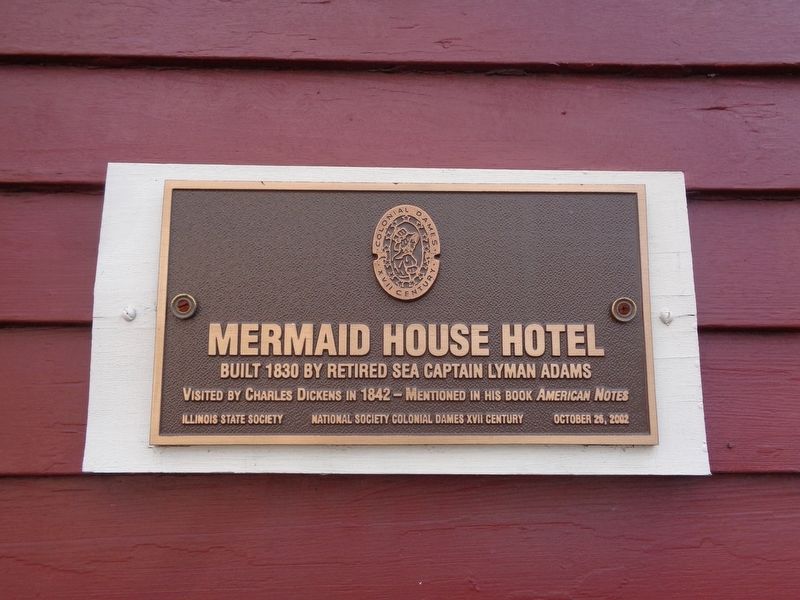 Topics and series. This historical marker is listed in these topic lists: Arts, Letters, Music • Industry & Commerce. In addition, it is included in the The Colonial Dames XVII Century, National Society series list. A significant historical year for this entry is 1842. 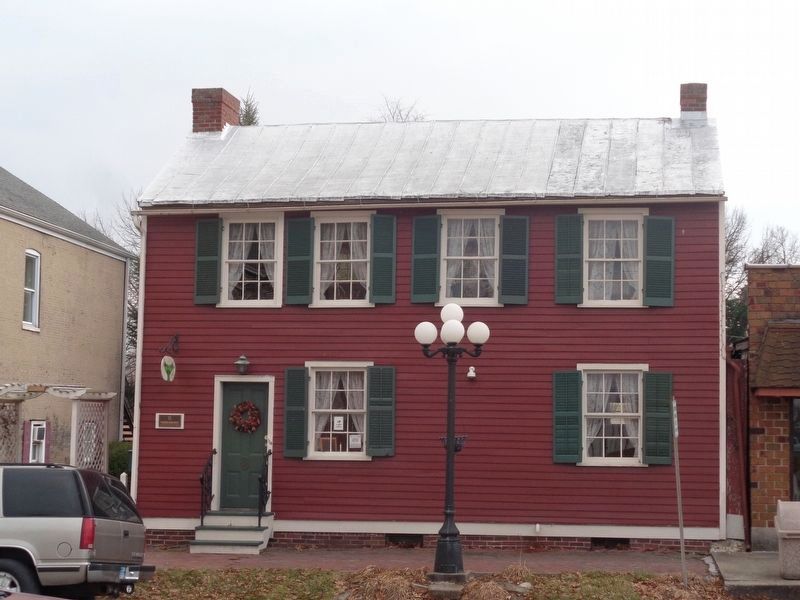 More about this marker. Marker was dedicated on October 26, 2002.

Regarding Mermaid House Hotel. Popular English writer Charles Dickens made his first trip to the United States and Canada, landing in Boston on January 22, 1842. He traveled to several cities, including Washington, D.C., St. Louis, and even stayed a month in New York City. His travels and thoughts on America were written in a travelogue, which would become American Notes. On his way back East, Dickens had requested to see an American prairie, which he found in Lebanon, Illinois. The Mermaid House was one of two hotels in Lebanon at the time, the other being the lavish Bishop House.