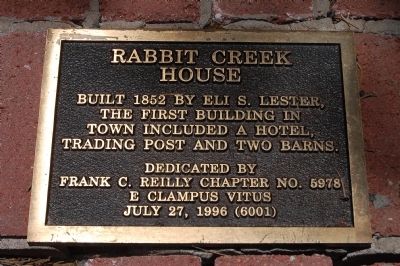 Topics and series. This historical marker is listed in this topic list: Settlements & Settlers. In addition, it is included in the California Historical Landmarks, and the E Clampus Vitus series lists. A significant historical year for this entry is 1852.

Location. 39° 40.973′ N, 120° 59.076′ W. Marker is in La Porte, California, in Plumas County. Marker is at the intersection of Main Street and Church Steet on Main Street. Touch for map. Marker is in this post office area: Strawberry Valley CA 95981, United States of America. Touch for directions. 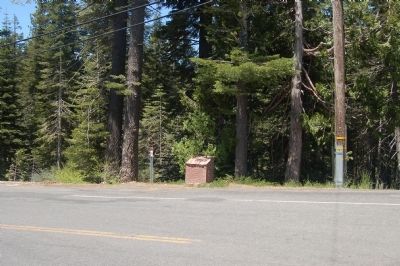 Click or scan to see
this page online
away, measured in a direct line); Emigrant Trail (about 300 feet away); La Porte’s Chinese Community (about 400 feet away); Reilly’s Saloon (about 500 feet away). Touch for a list and map of all markers in La Porte.

More about this marker. From the California Office of Historic Preservation website:
La Porte, first known as Rabbit Creek, was one of the most important settlements in the southern part of Plumas County. In the fall of 1852, Eli S. Lester built the Rabbit Creek Hotel, the first house in town.
Credits. This page was last revised on December 11, 2019. It was originally submitted on June 12, 2012, by Barry Swackhamer of Brentwood, California. This page has been viewed 528 times since then and 39 times this year. Last updated on December 11, 2019, by Craig Baker of Sylmar, California. Photos:   1, 2. submitted on June 12, 2012, by Barry Swackhamer of Brentwood, California. • J. Makali Bruton was the editor who published this page.
Share this page.