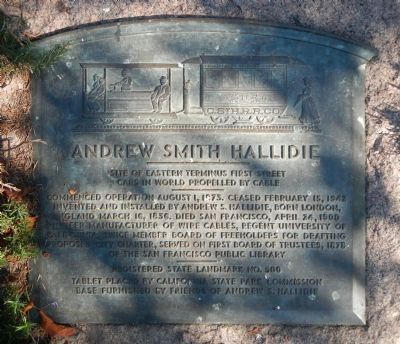 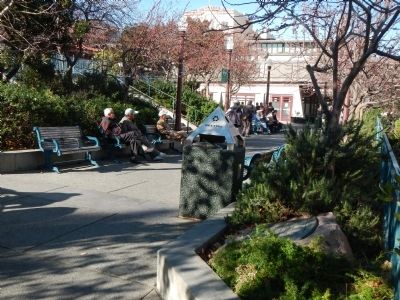 More about this marker. This marker is located in Portsmouth Square Plaza.

Also see . . .
1. Andrew Smith Hallidie - The Vitrual Museum of the City of San Francisco. His early training was of a scientific and mechanical character, and at ten years of age he successfully constructed an "electrical machine." When he was thirteen he began work in a machine shop and drawing office operated by his brother, and there gained the practical experience that stood him in good service during the remainder of his life. (Submitted on January 24, 2014, by Barry Swackhamer of Brentwood, California.) 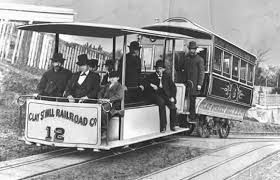 By Unknown, circa 1873
3. San Francisco's First Cable Car
the San Francisco cable car system came from a man who witnessed a horrible accident on a typically damp summer day in 1869. Andrew Smith Hallidie saw the toll slippery grades could extract when a horse- drawn streetcar slid backwards under its heavy load. The steep slope with wet cobblestones and a heavily weighted vehicle combined to drag five horses to their deaths. Although such a sight would stun anyone, Hallidie and his partners had the know-how to do something about the problem. (Submitted on January 24, 2014, by Barry Swackhamer of Brentwood, California.)