Site of the Mark Hopkins Institute of Art 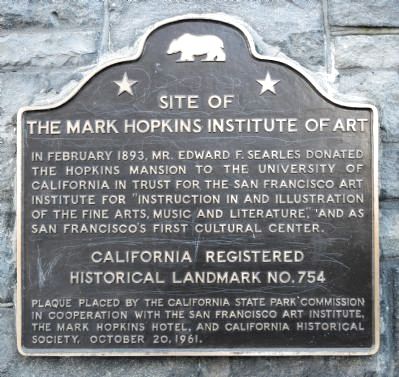 In February 1893, Mr. Edward F. Searles donated the Hopkins Mansion to the University of California in trust for the San Francisco Art Institute for the “instruction in and illustration of the fine arts, music and literature,” and as San Francisco’s first cultural center.

Other nearby markers. At least 8 other markers are within walking distance of this marker. Mark Hopkins Hotel (here, next to this marker); Huntington Park/Fountain of the Tortoises (about 600 feet away, measured in a direct line); 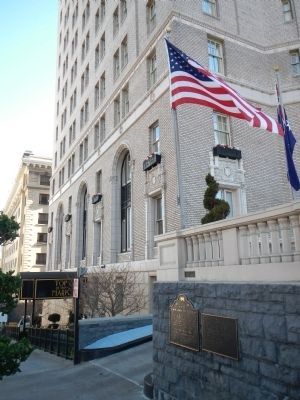 Also see . . .  San Francisco Art Institute. In 1893 the association (San Francisco Art Institute) and school (California School of Design) moved into the former Mark Hopkins mansion on Nob Hill, and the facility was renamed the Mark Hopkins Institute of Art. Although the Great Earthquake destroyed the mansion and the school in 1906, a new building was erected on the site a year later, and the school was renamed the San Francisco Institute of Art. (Submitted on January 23, 2014, by Barry Swackhamer of Brentwood, California.) 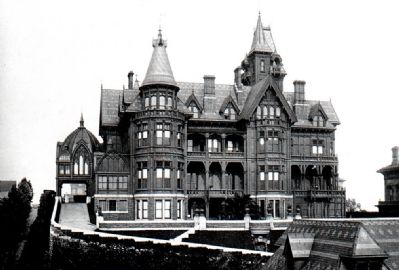